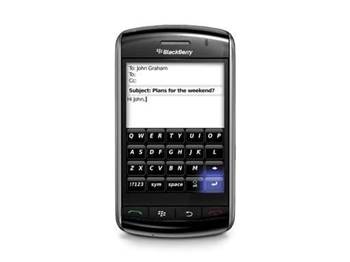 Mobiles and servers in danger.

Research in Motion (RIM) has issued a security alert warning of a new attack vector targeting its software.

BlackBerry users are being warned about accessing PDF files after RIM discovered flaws in the BlackBerry Attachment Service used to send and read the files on mobile devices.

RIM has posted up several security updates to fix the flaws in its BlackBerry Enterprise Server and Professional software. As a workaround, RIM also suggests that users open PDF attachments only from trusted sources.

"RIM has advised customers that it has removed PDF files from the list of allowed extensions as a stop-gap measure," said Graham Cluley, senior technology consultant at Sophos. "Of course, PDFs are widely used in business, so I can't imagine that many firms will find that an acceptable solution for very long."

Got a news tip for our journalists? Share it with us anonymously here.
Copyright ©v3.co.uk
Tags:
blackberryenterprisehardwarepdfrimsecurityserverservicesoftware