RIM to cut a third of all staff 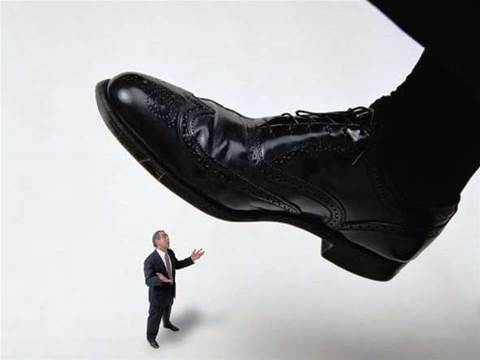 Research In Motion has revealed plans to cut nearly a third of all staff in an bid to slash $1 billion from operating costs across 2012.

The company said it plans to cut 5000 jobs, or about 30 percent of its workforce, as its BlackBerry smartphone shipments fell sharply for a second straight quarter.

The BlackBerry maker, which posted its first operating loss in eight years this week, delayed the make-or-break launch of its next-generation BlackBerry phones until early next year, in a potentially devastating setback to the embattled company.

It blamed an inability to integrate some features and a huge volume of code in the new BlackBerry 10 platform as a reason for the delay, as efforts had "proven to be more time consuming than anticipated". Earlier it had said it would release the new lineup in late 2012.

But the job losses announced overnight are more than double those expected and hinted at by sources close to the company in late May.

He claimed RIM was in a "handset death spiral".

The company had warned it would post an operating loss but had not provided specifics.

Analysts, on average, expected a loss of 7 cents a share on revenue of $3.07 billion, according to an informal Reuters poll.

"From a numbers point of view it could hardly be worse and it's going to deteriorate from here," Snyder said.

RIM shipped 7.8 million BlackBerry smartphones in the period, down from more than 14 million two quarters ago. It was the first quarter shipping less than 10 million devices since late 2009.

Shares of RIM, which have dropped about 70 percent over the past year, were halted soon after the close of regular US trading hours.

(Reporting by Alastair Sharp in Toronto; Editing by Frank McGurty)