RIM grows subscriber base to 80m 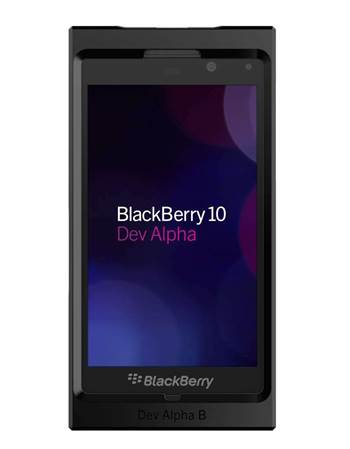 Research in Motion offered investors a ray of hope on Tuesday, announcing an unexpected jump in subscriber numbers that sent its shares up five percent, even as the embattled BlackBerry maker worked hard to drum up enthusiasm for its new BB10 devices.

Ontario-based RIM, once a pioneer in the smartphone arena, has rapidly lost market share in North America to Apple's iPhone and Samsung's Galaxy devices.

RIM is now attempting to reinvent itself through the launch of new line of totally revamped smartphones that will run on the new BlackBerry 10, or BB10, operating system. In an attempt to create a buzz around the new devices, RIM gave developers at a gathering Tuesday a sneak peek at the smartphone and its features.

The company also announced that its BlackBerry subscriber base had risen to 80 million, from the 78 million it reported earlier this year, surprising many on Wall Street and sparking a jump in the company's beleaguered share price.

In recent months, RIM has been completely focused on the launch of its new line of revamped devices.

In the meantime, its ageing line-up of smartphones in the market have struggled to compete against the recently launched iPhone 5 and a slew of new Android devices. Most analysts had expected RIM to begin losing subscribers in the recently ended quarter, for the first time in its history.

RIM chief executive Thorsten Heins, addressing the gathering of developers on Tuesday, said that despite challenges RIM was able to add subscribers in the quarter ended September 1.

RIM's stock is currently hovering around nine-year lows on both the Nasdaq and Toronto Stock Exchange. At its peak, in 2008, RIM stock changed hands at around $140 a share.

Even as it has ceded ground in the crucial North American market, RIM still has been able to lure buyers with its lower-end devices in emerging markets, where consumers are much more price-conscious and where the much-admired BlackBerry messaging platform gives it a big edge.

Growth from last quarter's base of roughly 78 million users, however, may come at a price, with gains skewed toward lower-end devices. This could hurt the closely watched average selling price for BlackBerry devices.

RIM will be announcing results for its fiscal second-quarter on Thursday.

Heins said the company was also getting positive feedback on its new BlackBerry 10 devices from the carriers that have had previews of the new smartphones.

"BlackBerry 10 is our most important launch ever. And it is the most exciting launch I have ever led in my career."

The BB10 devices, set to be launched in early 2013, will run on a new operating system that RIM says will offer a faster and smoother user interface, and a better platform for apps that are critical to a smartphone's success.

At an extended demonstration, RIM executives showed off the new devices' 'flow' and 'peek' features, which enable users to access important features without leaving the current application or to move quickly to another function.

Bellevue, Washington-based developer Neeraj Chawla said he was impressed with some of the user interface concepts such as "flow" and "peek," and the easy movement between apps in the new BB10.

"There are a lot of good things in BlackBerry and a lot of people are very devoted to their BlackBerrys," said Chawla, who also develops for Apple's iOS and Google's Android platform.

"They will need some time to reinvigorate the market, but I do see enough underpinnings that it will come. Don't write them off yet."

Most of the developers in the conference carried multiple phones, including an iPhone, a BlackBerry or an Android phone.

"They have brought the older BlackBerry into the modern world," he said, but he added that the delay of the launch has been frustrating. "They are taking a step in the right direction, but they are walking slowly."

Wadehra, who has played with a model of the device for the past couple of months, liked the usability of the browser and the multitasking.

CCS Insight mobile analyst John Jackson, who was also at the event, said he thought RIM's new BB10 operating system was gaining traction with developers and he believes it will offer users a unique experience.

"The question now is whether the devices will be sufficiently competitive and that is in no small way a function of RIM's ability to spend massive marketing dollars to cut through the competitive noise," said Jackson.

Heins said the company was also getting positive feedback on its new BlackBerry 10 devices from the telecoms c arriers that have had a peek at the new smartphones.

The BB10 devices, due to be launched in early 2013, will run on a new operating system that RIM has said will offer a faster and smoother user interface, and a better platform for apps that are critical to a smartphone's success.

The company, which is doing all it can to attract developers onto its platform, showed off apps during the presentation from Facebook to FourSquare. The company said the BB10 would have all the popular social networking apps on it.

The conference attracted app makers from emerging markets in Asia, a region where BlackBerry phones are popular and growing.

Vietnam-based developer Louis Tang decided to develop for BlackBerry as it was free to do so and easy.

"BlackBerry is a very hungry platform," he said.

"There is more competition on Android, and you earn less money."

Another developer from Malaysia, Shukri Saad, said his free prayer app on BlackBerry generates $US1500 a month on average through ads. He said that would not have been possible on other platforms.