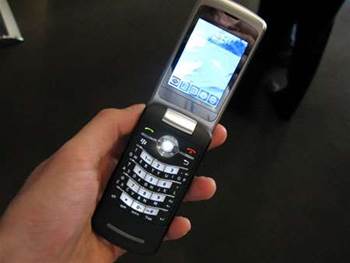 Four executives from Research In Motion have been hit with stock option backdating charges by the US Securities and Exchange Commission (SEC).

The SEC charged that each of the four executives deliberately dated offer letters and stock option agreements to earlier dates in order to receive a more favorable price on the options.

The alleged violations were said to have taken place between 1998 and 2006.

During that period the practice of back-dating options, while illegal, was a common practice amongst many companies.

Allegations of back-dating in that same period have lead to other high-profile SEC cases against such companies as Apple and McAfee.

"As alleged in our complaint, RIM and its highest level executives engaged in widespread backdating of options which provided them and other employees with millions of dollars in undisclosed compensation," said SEC enforcement director Linda Chatman Thomsen.

"This enforcement action underscores the SEC's resolve to assure full and accurate disclosure to US investors by foreign issuers."

Each of the defendants have agreed to return their profits and pay monetary penalties to the commission. In exchange, none of the four will be required to officially admit or deny any of the commission's charges.

In addition to returning the value of the profits from the stock options, all four of the men have agreed to settlements with the SEC ranging from US$150,000 to US$500,000. Kavelman and Loberto will also be forbidden from serving as accountants or executives at any company under SEC jurisdiction for the next five years.

The filing and settlement with the SEC comes just two weeks after the executives agreed to a settlement in Canada worth nearly C$77m (A$94m).

Got a news tip for our journalists? Share it with us anonymously here.
Copyright ©v3.co.uk
Tags:
agreedbackdatingexecutivesfinancefouroptionssec