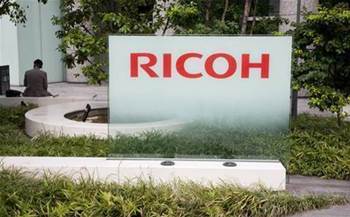 Printing vendor Ricoh is in the final stages of deploying Oracle’s Enterprise Planning and Budgeting Cloud a year on from an aggressive restructure of its core business that saw a refresh of its executive team.

As reported in iTnews’ sister publication CRN, the company shed a number of its staff and resellers last year as it angled to move into the IT services industry.

In the aftermath, the new members of the company’s executive team struggled to gain insight into how different divisions within the company functioned due to a “spaghetti junction” of manual, siloed systems, new CFO Clodagh Farrell told iTnews.

“People go off and create their own Taj Mahal to help them to drive what they believe is the right way for their business units and so, as a result of that you’ve got many, many different systems and very little data governance,” Farrell said.

She said the first priority for the team was to make data and information more than just a back-office function.

And while Ricoh’s IT department had initially floated the idea of bringing together the company’s data in a warehouse, Farrell said it hadn’t received much buy-in from the rest of the company.

Farrell couldn’t divulge any details about the warehouses used, other than that the repository was built in December last year and has enabled the company to aggregate information from across its many systems.

However, the data that started flowing into the warehouse only give visibility to about 80 percent of the business, partly because some parts still sat in a manual general ledger.

Farrell said the reticence to adopt open digital practices could possibly be attributed to an avoidance culture within the company or a lack of trust in the new systems being put in.

But since December the quality and scope of the data have gradually been improved to around 95 percent accuracy, Farrell said, and although it won’t be reported externally, it’s still good enough to inform internal practices.

Now the company is deploying Oracle Enterprise Planning and Budgeting Cloud to speed up the process of gaining those internal insights.

“Having two people spend six months on the budget, [like] the first budget that I experienced in this organisation, is a complete waste of people's time.”

Ricoh looked to Gartner’s Magic Quadrant for enterprise performance management solutions, choosing Oracle partly because of its inclusion by Gartner and partly because of Farrell’s and Ricoh’s international connections within the company.

A cloud-based solution also appealed to Farrell, giving her the option to incrementally change and scale Ricoh’s digitisation process.

While the implementation of the system has mostly gone according to schedule, Farrell admits that adapting the system to Ricoh’s dual business strands has increased the cost of the project.

.Largely, however, the company has avoided customising the off-the-shelf solution where possible to avoid reinventing the wheel.

And by keeping things as simple as possible, Farrell can also spend more time focusing on bringing Ricoh’s staff and customers up to speed with developments.

The 12-week project is expected to wrap up by the end of October in time for the company’s December budget.

“Touch wood we get to the end and I keep smiling.”