Revenues up for disk storage vendors 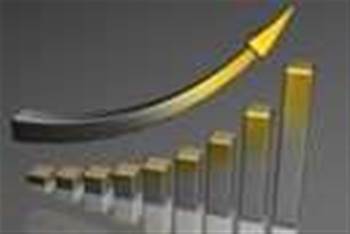 IDC claims the external disk market is emerging from the recession.

External disk storage companies have been making up for recent lost revenues, recording year-on year growth of 19 percent in the third quarter, according to IDC figures.

The market was now worth US$5.2 billion and IDC estimated this represented 4,299 petabytes of storage shipped in Q3.

Compared with the same period last year, this was a 65.2 per cent increase in storage capacity sold.

"Users are still making up for their reduced storage spending in 2009 as the third quarter recorded the fourth highest revenues in a single quarter for external disk storage systems," said Liz Conner, senior research analyst for storage systems at IDC.

She said the increased investment by end users and vendors in iSCSI SAN (41.4 percent) and NAS (49.8 percent) helped to fuel overall growth.

The easing of budget constraints in some parts of the world also saw a pickup in Fibre Channel SAN and higher end systems markets.

EMC was still the market leader in Q3 with US$1.4 billion revenue while second-placed IBM showed less than half the income at US$667 million. NetApp, HP and Dell held the next three places.

Got a news tip for our journalists? Share it with us anonymously here.
Copyright © ITPro, Dennis Publishing
Tags:
diskforrevenuesstorageupvendors