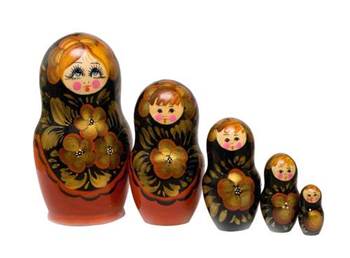 Why one size fits few when it comes to expert determination clauses.

The public battle between the NSW Department of Births, Deaths and Marriages (BDM) and systems integrator UXC has cast renewed focus on expert determination clauses in IT contracts.

The Department wanted a single database to house some 19 million birth, death and marriage records in the state. It hoped the database, called LifeLink, would reduce cases of identity fraud.

UXC won the contract to develop the database. Contract terms were negotiated between April and October 2008.

When a dispute arose over milestone delivery, it was referred to an expert for determination, as the contract specified.

Expert determination is an alternative dispute resolution process where an independent third-party with subject matter expertise is appointed by the parties to rule on an impasse.

The expert determined that the Department was within its rights to terminate the contract and awarded it a shade under $2.6 million in damages.

UXC challenged the Department’s right to terminate the contract in the NSW Supreme Court. It lost - but why?

The contract that UXC had agreed to allowed it to challenge the expert’s determination in court only if that determination was above an upper monetary limit set in the contract.

For whatever reason, the field was left blank when the contract was agreed.

Freehills partner Lesley Sutton said that while the case was a lesson to fill in the blanks, it also carried a “broader message” on the use of expert determination clauses in IT contracts.

“It’s a very common mistake for people to treat dispute resolution clauses like boilerplate clauses in contracts where you just get the standard clause, off-the-shelf, stick it in, tick a box [that] it’s there and not think about it,” Sutton said.

“They’re not boilerplate clauses and shouldn’t be treated as [such].”

A strong message to come from the case is that expert determination may not be the right method to resolve all types of conflict that might arise in an IT project.

“Dispute resolution clauses can involve a whole lot of different forms of dispute resolution and a process that works well in one case might be hopelessly inappropriate in another case,” Sutton said.

Clayton Utz partner Jim FitzSimons agreed: “One of the issues around an expert determination clause is that it’s designed probably not to cover all disputes.”

“Alternative dispute resolution is a good and wonderful thing but like everything else in a contract it’s got to be thought through,” he said.

“A knee-jerk assumption that every dispute that might arise under the contract will be best dealt with by expert determination, arbitration, or by going to court, may not be right.”

Freehills' Sutton urged CIOs to be very clear about the types of disputes that are referred for resolution and what might trigger a referral.

She also urged organisations to consider whether the right form of dispute resolution had been selected.

Of the UXC case, FitzSimons said the wording of the expert determination was “final and binding and covered all disputes which arose under the contract".

“What happened in the expert determination [process] was the entire contract was terminated and so you had a procedure that was more attuned to small matters being used to get a determination in a very large matter."

Special counsel for Clayton Utz, Julia Virgo, added that wide-ranging expert determination clauses that weren’t “defined or contained to a particular aspect” of the contract could end in litigation.

“Generally speaking you would want an expert determination clause for particular aspects of your contract because it is much quicker and cheaper to get smaller issues determined in that manner,” she said.

FitzSimons said the trick with expert determination clauses was to work out how one type of dispute could be distinguished from another in terms of how they were to be dealt with under the contract.

“Careful drafting” and the imposition of an upper financial limit for damages could be used for that purpose.

In the UXC case, a hard financial limit was intended as a trigger for escalation to the courts. UXC could only appeal the expert’s determination if it breached the agreed financial limit.

FitzSimons warned that relying too much on an upper financial limit to distinguish how disputes are resolved could leave the system open to “gamesmanship”.

He described, as an example, a contract where a claim for less than $100,000 went to expert determination while a claim for over $100,000 would go to court or arbitration.

“If [the aggrieved party] wanted to escape the expert clause then all they’ve got to do is make their claim of a certain size,” FitzSimons says.

“However careful your drafting, once you get away from absolutes then if somebody wants to they can game it.”

An alternative was to draft the expert clause but make its use optional depending on the nature of a dispute.

Other contracts delineated between technical and contractual disputes.

“They say if it’s technical it’s an expert, if it’s contractual it goes to court,” FitzSimons says.

“I’ve done those clauses and I’ve seen them work. But again, the trouble with a clause like that is that a technical dispute inevitably flops over into a contractual dispute.”

FitzSimons said there was no limit to the creativity that could be injected into alternative dispute resolution clauses.

He cited a contract from several years ago between a service provider and a user that they entered despite knowing that certain conditions and requirements were to change as time went by.

Rather than wait for a dispute to inevitably occur as the goalposts shifted, the parties appointed and paid an expert from day one.

The expert was given the power to make a ruling that both sides would have to abide by, FitzSimons says.

“That’s a very different form of expert clause to the one we’re talking about in [the UXC] case but it’s a use of an expert that actually worked very well,” he said.

“I can say it worked well because the expert was never called on to give a ruling, which may sound counter-intuitive but given all the change that had to go on, the fact that both parties knew if they didn’t agree with the other side that the expert could just come and make a ruling and impose something on them kept them focused on agreeing.”

Further legal analysis by Clayton Utz and Freehills is available here and here.