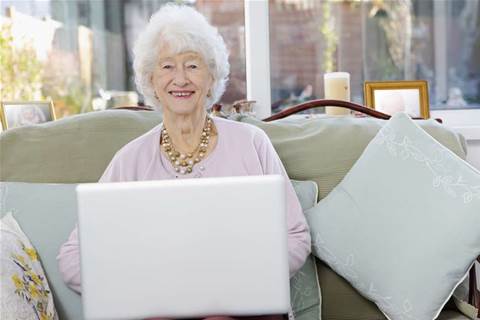 A Newcastle-based computer help desk business has become one of the first organisations in Australia to host a masterclass on how to "hack" the Federal Government's planned internet filter.

The class was held last Thursday by David Campbell of Newcastle-based service provider Clear Computers on behalf of euthanasia advocacy group Exit International. Campbell told around 70 senior citizens about the filter and how to get around it.

The hacking class is not illegal. While the controversial filter will block material that is 'Refused Classification' (RC), including illegal content like child pornography, it is not illegal to circumvent the filter per se.

"The independent report on the ISP-level filtering pilot trial found that technically competent people could circumvent filtering technologies," a spokesperson for the Department of Broadband, Communications and the Digital Economy told iTnews. (PDF, Page 2)

"Under the Government's policy it will not be an offence to circumvent the filtering measures or to show someone how to circumvent," she said.

Electronic Frontiers Australia's (EFA) vice chair Colin Jacobs said that while the Government might one day criminalise circumvention of its filter, a blanket ban would be a serious imposition on the practices of many businesses and individuals.

Lessons on circumventing filtering were likely to be legal, he said, as long as they covered everyday tools for re-routing internet traffic, and not 'hacking' by interfering with third-party systems.

"Of course, it's possible that the Government might criminalise circumvention of its filter," Jacobs told iTnews.

"Such an offence would be almost useless, as it is trivial to circumvent filtering and very often necessary to do so; [for example], using international VPNs to connect to private networks or to encrypt sensitive communications."

Jacobs expected a "plethora" of tools and instructions to be available to show Australians how to get around the filter, should it be implemented.

"Once the filter is in place, EFA will definitely look at providing as much information as possible on how the filter works," he told iTnews. "This might include circumvention information."

The organisation's founder Philip Nitschke expected the class to enable attendees who were "not likely to be knowledgeable with computer skills" to circumvent the filter.

"I reckon I can [get around the filter] ... my IT background is self-taught," Nitschke told iTnews following Campbell's hour-long class.

Nitschke planned to incorporate Campbell's filter circumvention presentation into Exit International's voluntary euthanasia workshops, which would reach an estimated 1000 people during the next month.

"They've got a lot of intelligence, a lot of enthusiasm and a lot of time," he said of the organisation's members, who had an average age of 75.

Campbell said he was impressed by 'Hacking Masterclass' attendees' attentiveness and by their questions about privacy and trust issues.

He began with a basic explanation of the concept of a filter -- "kind of like putting a lollypop person on a zebra crossing, and then everyone could just jaywalk around anyway" -- before demonstrating how proxies and encrypted VPNs would circumvent filters and firewalls.

"It was quite an experience to see people slowly grasp exactly what the internet is and how it operates," he told iTnews.