Researchers want you to share your selfies for science 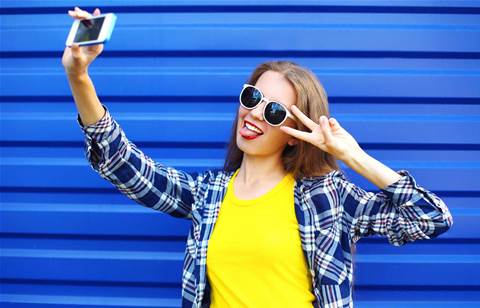 A team of international researchers is urging people to share their selfies in order to help teach computers how to read faces and identify people with rare diseases.

The Minerva and Me project - being led by Oxford University with the help of international researchers like WA Health clinical genetist Gareth Baynam - is seeking to use technology to spot rare diseases faster and more accurately.

The crowd-sourced research initiative wants to build a database of photographs so the researchers can develop facial recognition software using machine learning algorithms that can identify rare diseases.

The software would be able to suggest a disease condition and prompt further tests that could be used to help settle on a diagnosis - potentially reducing the instances of incorrect diagnosis.

"We think computers can be used to help diagnose individuals who have particular diseases. To do this we are training computers to look at photographs of peoples’ faces to try to identify combinations of subtle changes that might together be indicators of a specific disease," the researchers say.

"Doctors often use measurements (such as blood pressure, weight, and haemoglobin levels) to help identify any disease you might have. Doctors also assess external physical features (such as changes in the head and face) which can also tell them about underlying diseases.

"We are trying to teach computers to use these visible signs to help in making diagnoses. In the future this may become a valuable tool that will be able to spot features that simple observation would miss."

There are an estimated 350 million people around the world living with a rare disease, Baynam said.

Nearly half of rare disease patients are given an incorrect initial diagnosis, while 30 percent wait up to 30 years for a diagnosis. Around the same figure see six or more doctors before their disease is correctly identified.

Baynam - who heads Western Australia’s undiagnosed diseases program - encouraged participants in the Minerva and Me project to also urge blood relatives to contribute images, which could be "critical for assisting diagnoses".

He is also running a separate but related project that takes 3D scans of faces to gain insight into rare diseases.

Researchers from the two projects are planning to combine their results to see what difference standard and 3D photographs together could make to diagnoses and treatment monitoring.