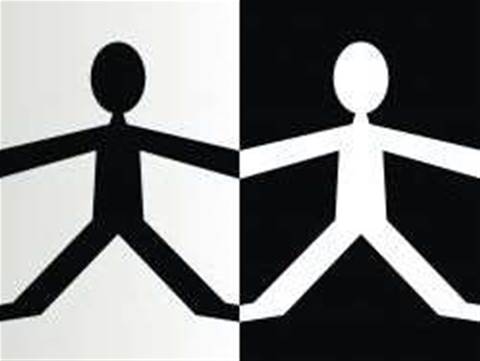 According to a study that was conducted in There.com, virtual world avatars respond to social cues in the same ways that people do in the real world.

There.com is a relatively unstructured virtual world that brands itself as an online getaway where users can hang out with friends and explore an immense, unusual landscape.

Users, who were unaware that they were part of a psychological study, were approached by a researcher’s avatar for either a ‘foot-in-the-door’ (FITD) or ‘door-in-the-face’ (DITF) experiment.

Participants who fulfilled the small request are expected to be likely to see himself or herself as being helpful, and thus be more likely to fulfil the subsequent larger request.

The DITF technique work works in an opposite way: the experimenter first makes an unreasonably large request to which the responder is expected to say no, followed by a more moderate request.

In the DITF condition, that large request was to have screenshots taken in 50 different locations, which would have required about two hours of teleporting and travelling.

But while results of the FITD experiment revealed no racial bias, the effect of the DITF technique was significantly reduced when the experimenter took the form of a dark-skinned avatar.

White avatars in the DITF experiment received about a 20 percent increase in compliance with the moderate request; however, the increase for the dark-toned avatars was 8 percent.

According to the researchers, skin colour had no effect on FITD experiments because the elicited psychological effect is related to how a person views himself or herself, and not others.

However, the DITF technique is said to reflect a psychological tendency to reciprocate the requester's ‘concession’ from a relatively unreasonable request to a more moderate request, and thus is affected by whether the requester is deemed worthy of impressing.

The finding is consistent with previous DITF studies -- in real and virtual worlds -- that demonstrate that physical characteristics, such as race, gender and physical attractiveness, affect judgment of others.

Numerous studies done in the real world show that people are more uncomfortable with minorities and are less likely to help them.

“This study suggests that interactions among strangers within the virtual world are very similar to interactions between strangers in the real world,” said Paul W. Eastwick, who conducted the study at the Northwestern University.

“You would think when you're wandering around this fantasyland … that you might behave differently,” he said. “But people exhibited the same type of behaviour -- and the same type of racial bias -- that they show in the real world all the time.”
Got a news tip for our journalists? Share it with us anonymously here.