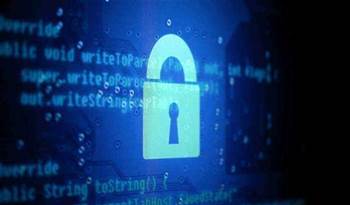 A team of researchers claim to have developed secure, quantum computing-proof encryption that can be practically implemented today.

The paper, Post-quantum key exchange for the TLS protocol from the ring learning with errors problem [pdf] is written by Joppe Bos from NXP Semiconductors in Belgium, Craig Costello and Michael Naehrig at Microsoft Research, and mathematician Douglas Stebila from Queensland University of Technology.

Quantum computers have long been thought to be able to guess encryption keys much faster than traditional computers, which in turn would make it possible to unscramble the vast majority of internet-borne communications.

The researchers constructed ciphersuites for the Transport Layer Security protocol commonly used on the internet, providing digital key exchanges based on the ring learning with errors problem accompanied with traditional RSA and ellliptic curve cryptography signatures for authentication.

There is a performance penalty of 21 percent compared to the non-quantum-safe key exchange, the researchers noted. However, that is is considered minimal, and demonstrates that provably secure post-quantum key exchanges are practical.

A theorem published by mathematician Peter Shor in 1994 and further work by other researchers has shown that quantum computers could break public-key cryptography, something which is not feasible with today's binary devices.

As quantum computers are under development currently, the researchers believe it is important to strengthen today's encryption protocols against future attacks using these far more powerful devices.