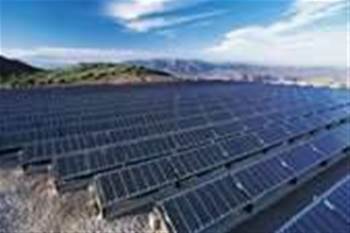 An international research collaboration has developed a technology that could dramatically improve the efficiency of solar cells..

Michael Grätzel and his research group at the Swiss Federal Institute of Technology in Lausanne, and Satoshi Uchida at the University of Tokyo, have produced enhanced sensitisers which will allow an inexpensive type of solar cell to be more efficient.

Grätzel developed photoelectrochemical solar cells some years ago that are inexpensive, easy to produce and able to withstand long exposure to light and heat.

The cells contain a mesoscopic layer of titanium oxide (TiO2) particles coated with a sensitising dye.

On irradiation with light, electrons are injected from the dye adsorbed on the TiO2 and transferred to the conducting band of the TiO2. The electrons are then collected at the back contact and carried away by an external circuit.

Grätzel and his team refined this original design by optimising the sensitiser. In place of the usual ruthenium dyes, they used tailor-made organic dyes based on indoline. This allows the TiO2 films to be thinner, in turn reducing the electron path length.

The combination thus attained an energy conversion yield of 7.2 percent, a record for this type of cell (organic dye, ionic liquid, titanium oxide).
Got a news tip for our journalists? Share it with us anonymously here.
Copyright ©v3.co.uk
Tags:
breakthroughcellclaimhardwareresearcherssolar