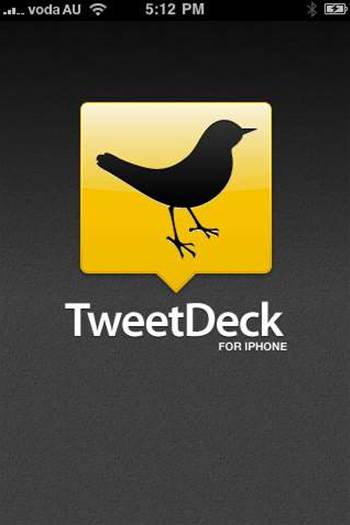 Clings on to power users.

Twitter has paid between US$40-50 million for TweetDeck, the social media management platform supposedly preferred by Twitter’s power users.

The transaction is expected to be announced by Twitter in the next few days, sources reportedly close to the deal told TechCrunch.

TweetDeck had been in acquisition discussions with UberMedia, which has amassed a collection of Twitter applications that some commentators have speculated could ultimately be used to create a rival to Twitter.

The exclusivity terms of UberMedia's $20 million to $30 million offer for TweetDeck expired in mid-April, allowing TweetDeck to respond to the Twitter offer, according to an earlier Rueters report.

More recently, Twitter has sought to standardise the Twitter experience with its own clients, and urged third party developers not to merely mimic its timeline concept.

Twitter’s acquisition of TweetDeck was designed to prevent UberMedia, which already sells advertising through its own applications, from muscling in on Twitter’s advertising business, according to an analysis by TechCrunch Europe.

If UberMedia did own TweetDeck it would have accumulated 30 percent of Twitter's userbase, giving it substantial bargaining power.