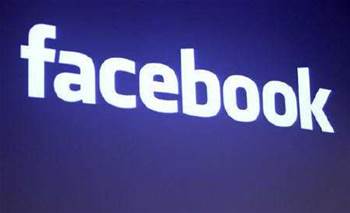 Facebook has raised US$500 million from Goldman Sachs and Russian investment firm Digital Sky Technologies, in a deal that values the world's No.1 Internet social networking company at US$50 billion, according to a person familiar with the matter.

The firms also plan to raise at least US$1 billion in additional funding for Facebook, the person said, speaking on condition of anonymity.

The funding, which gives Facebook a richer valuation than established Internet giants such as Yahoo and eBay, underscores the high hopes investors have riding on the new breed of private Web companies.

And it comes as the U.S. Securities and Exchange Commission  looks into the trading of shares in private companies such as Facebook and Zynga.

By raising money from private investors, Facebook can reap many of the benefits that traditionally required floating shares to the public without facing the added scrutiny of the public markets, said Jeremy Liew, managing director at venture capital firm Lightspeed Venture Partners, which is not a Facebook investor.

"I don think it's a replacement for a public offering, I just think it's a mechanism for delaying it," said Liew.

Among the key benefits of raising money privately is the ability for early employees to cash out some of their stock holdings.

Last week, online-coupon site Groupon disclosed in a regulatory filing it was raising US$500 million, with plans to use the bulk of the funds to repurchase shares from existing shareholders.

And Facebook arranged for DST to purchase at least US$100 million of common shares from its employees in the summer of 2009, following a separate investment in which DST bought US$200 million of Facebook preferred shares at a US$10 billion valuation.

In Facebook's latest investment round, which was first reported by the New York Times, Goldman Sachs will invest US$450 million in the company, while DST will invest US$50 million, according to the source.

Goldman is planning to create a special purpose vehicle to allow its high-net worth clients to invest in Facebook, the paper reported.

It has the right to sell a part of its stake, up to US$75 million, to Digital Sky Technologies, the paper said.

Facebook board member Peter Thiel told Reuters in September that Facebook would not likely undertake an IPO until sometime after late 2012.