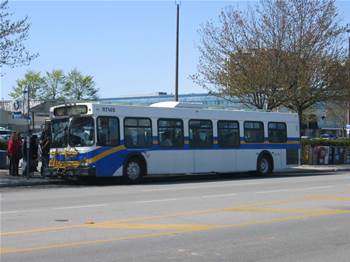 The Queensland government today squeezed in before a self-imposed deadline to offer real-time tracking to bus travellers across the Sunshine Coast, announcing the GPS technology would be available from today.

The cash-strapped state in October signed a deal with Cubic Transportation Systems to expand a limited two-year trial of real-time arrival data. The government had previously opted against a wider rollout over cost issues.

Queensland transport agency TransLink set itself a tight deadline to decommission the 3000 end-of-life devices involved in the pilot and introduce new equipment as part of the expanded rollout.

It promised Sunshine Coast buses would come online before the end of the year - a goal it today met by launching the tracking service via a new MyTransLink app for iOS and Android.

Commuters can similarly check arrival times - which are updated every 30 seconds - through the agency's website.

TransLink will offer the service next to passengers travelling on Brisbane Transport buses and Brisbane City Council ferries, while the rest of the south east Queensland network is due to come online early next year.

The agency has also opened its application programming interfaces (APIs) to third-party developers through its TransLink portal.