RBA questions whether automation is really a jobs killer 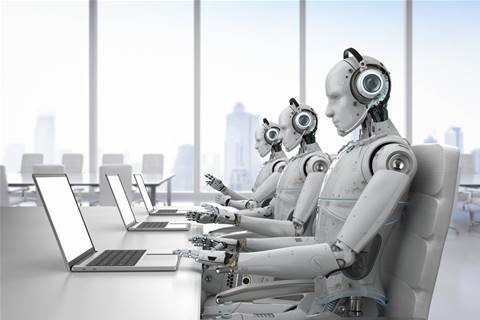 Crunching the numbers on tech, skills and employment.

Proponents of a technologically-enabled future have long sneered at the naysayers who predict robots will steal all human jobs by claiming we will naturally transition to more complex work.

The Reserve Bank of Australia has crunched the numbers to settle the argument for now, analysing the relationship between technology, skills and the labour market.

In a recent speech to a career education conference in Victoria, Alexandra Heath, the RBA’s head of economic analysis department, said that the number of jobs that require a high level of skills has steadily increased since at least the 1960s.

“Employment for occupations requiring the highest level of skills has increased notably as a share of total employment from 15 percent in the mid-1960s to above 30 percent today,” Heath said, citing data from the Australian Bureau of Statistics.

Heath said "information media" and telecommunications were among the sectors to have seen "particularly significant upskilling" in the past five years.

Middle- and lower-skilled employment segments had been impacted by automation and advances in computing, Heath said.

However, not all roles in these segments were conducive to automation.

"Employment shares for lower-skilled workers have been more stable over the past decade or so partly reflects the strength in demand for lower-skill non-routine manual occupations, such as carers," Heath said.

"These occupations tend to be more difficult to automate because they intrinsically require a physical human presence."

"The fact that wages are 20 to 30 percent lower for lower-skill jobs than for middle-skill jobs is also going to change the incentives to invest in technology to automate these jobs."

The creation of jobs that didn’t exist in the 1960s has also impacted the distribution of labour across Australia.

“The relative strength of employment growth in occupations with a high share of new job titles accounted for over 10 percent of the 4 million or so jobs created over the past 20 years in Australia," she said.

These jobs are less likely to be automated and are actually likely to benefit from technological change.

While young, prospective members of the workforce can take advantage of that through a number of educational options, Heath said.

Employers also need to engage in on-the-job training to ensure the relevancy of workers’ skills.

“Training in the workplace can help prevent skill obsolescence for workers who possess more skills than their job requires, as well as help under-skilled workers to acquire the competencies for the work that is available.

“Retraining can help employees upgrade their skills in light of new requirements driven by technological change and therefore adapt to changes in the workplace.”

For the RBA, this isn’t just important in modelling the workforce and its impact on the economy, but also as “an employer facing the challenges of finding people with the right skills to meet our changing skill needs”.