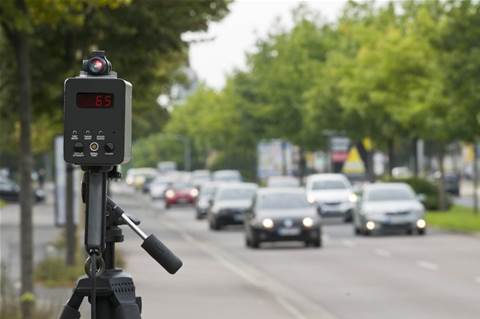 Fifty-five speed and red light cameras across Victoria have been infected with ransomware, the state's police force has confirmed.

Victoria Police said it was in discussion with the state's Justice department and the independent operator of its road safety system, Redflex, about the incident.

"Our advice at this stage is that a software virus has been detected however the camera system has not been compromised," a spokesperson told iTnews.

"We will look into all incidents detected by the speed and red light cameras during the time in question as a matter of course. The integrity of the camera system has not been affected. "

Radio program 3AW reported the infection was the WannaCry ransomware that has held systems hostage all over the world for the past month. Just this week it caused the shutdown of a Honda production plant in Japan.

However a Justice department spokesperson said the ransomware was introduced last week into the camera system by a contractor's "human error".

They said the agency was in the process of removing it from affected machines.

The department said it expected to rectify the issue within the next few days. The matter is being referred to the road safety commissioner for investigation.

It said the incident had no impact on the accuracy of the cameras and infringements recorded over the past week.