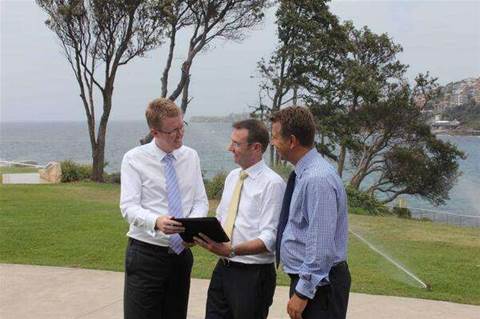 Randwick City Council in Sydney's east has deployed a $700,000 water recycling system that can be operated and monitored remotely from an iPad or desktop computer.

The state-of-the-art system was jointly funded by Randwick City Council and the NSW government and officially switched on yesterday, though it was unclear how long it had 'unofficially' been in use prior to this.

The system is designed to catch and divert storm water and road run-off "before it reaches the ocean". The water is filtered to "clean and remove pollutants such as oil and other debris", and routed to tanks under the Coogee Oval car park in Sydney's east.

Randwick Mayor Cr Scott Nash said the water would be used for irrigation "to keep our ovals and gardens … watered all year round".

“The new system is truly high-tech and can be operated and monitored remotely by Council staff from a desktop PC or even an iPad," he said.

Nash — along with NSW finance minister Andrew Constance and the local federal MP, Bruce Notley-Smith, took advantage of that remote operating capability by switching the system on using an iPad.

Randwick City Council has a long-term environmental policy initiative in place called Sustaining Our City, which counts water conservation and recycling among its key focuses. It has been running since 2004 and has won it several environmental awards.