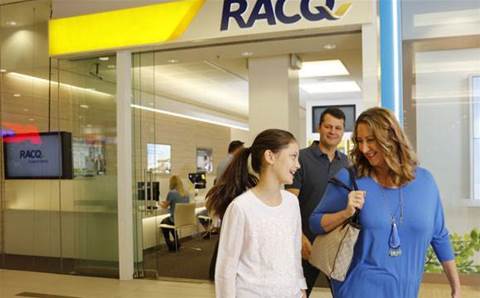 RACQ is in the process of introducing attended automation into its contact centre to offset some of the extra steps agents must now go through when fielding insurance calls owing to regulatory changes.

Automation consultant Kris Watt told UiPath’s recent Hyperautomation 2020 summit that RACQ - a Queensland provider of roadside assistance, insurance, travel, finance and other services - had been automating processes for the past two-and-a-half years.

Most work to date can be categorised as unattended automations, where software bots take care of repetitive, backoffice tasks in domains such as insurance claims.

However, the organisation has recently switched to deploying attended automations, which the agent executes via their machine while they are on a live call.

Watt previously spent a decade in RACQ’s contact centre operations and saw a lot of potential improvements that could be achieved with process automation.

Coupled with the implementation of regulatory reforms - not specified, though likely fallout from the finance royal commission - RACQ moved to introduce attended automations into its contact centre processes.

“For us, it’s about shortening the amount of effort required by the agents so that then they could spend more time having those valuable conversations with our members,” Watt said.

“We've seen a lot of regulatory change, especially across insurance over the last 12 months, and we know there's more to come.

“That sort of thing has impacts on things like mandatory scripting, extra questioning - and automation allows us to offset a lot of that.”

RACQ has so far focused its attended automation efforts on areas identified by agents as a source of frustration.

“We knew that if we could target something that the agents didn't like, we'd have an easier way of getting their buy in if they saw it as positive,” Watt said.

The first process automated in this fashion emails documents to a customer from inside of a legacy system.

“Our first process was around managing documentation between legacy systems,” Watt said.

“We're talking about a system that doesn't have a click to email function, so we were able to build out an attended process to actually do that process for the agents.”

The process is expected to produce significant savings.

“It was expected to hit about three minutes saving every time it runs, having run 500-600 times a day, so it was a very high volume process,” Watt said.

Watt said RACQ anticipates achieving that return-on-investment “soon”, and is working to increase take-up of the automation by agents.

One of the challenges to emerge so far is the time it takes to execute an attended automation, bearing in mind that the agent is on the phone to a customer.

While the automation theoretically frees up an agents’ time to engage with the customer, this engagement is in part necessitated by the automation taking over the agent’s computer.

“Our attended automation … does actually control the PC,” Watt said.

“We have it actually block a bit of the agent's input for about 20 seconds while it's doing its thing, and it's a three minute saving by blocking that for 20 seconds.

“For us, we can implement that because it's an insurance call. There is a lot of opportunity to have some valuable conversation while the computer is doing its thing.”

However, this has not worked on other more complex or computationally-intensive automations.

“We were working on one initiative where it was trying to do a few lookups, some scraping off two different systems and some analytics, and then provide a response back [to the agent],” Watt said.

“We ended up having to … shut it down before it even got to pilot, because in the time it was going to take to do that, it just wasn't feasible for us to expect an agent to actually pad for time effectively on a live call.

“We effectively killed that initiative and re-pivoted it to a different approach.”

Watt said that highlighted the need to involve agents deeply in the process automation design process.

He conceded that even RACQ had “kind of underestimated” that initially.

“We made a lot of assumptions based on how we'd been doing a lot of our unattended automation,” he said.

“When you've got unattended automation, you can have it go and run on a VM, and it does what it needs to do until it's finished, but when you're talking about agents who have someone on the other end of the phone, they expect real-time immediate completion.

“They would expect things to have an immediate resolution - click and it's done. They don't want to have to wait for anything.”

Watt noted that initial challenges around the company’s approach had now been resolved as it continues to build out attended automations.

He added that the program of work is continuing.