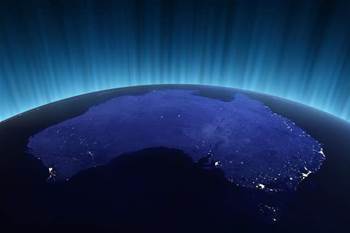 Cloud provider Rackspace has revealed plans to open an Australian data centre within 18 months, in response to the nation’s data protection requirements and customer demand.

Rackspace offers storage-, server- and platform-as-a-service to some 2500 companies in Australia and New Zealand, including Rio Tinto and Xero.

“In some industries there’s data protection requirements by the government there, and some or a lot of that data needs to stay right within Australia,” said Roenigk.

“So the business we’re doing with Australian customers today are typically things that can be outsourced that sits outside the proprietary information governance there in Australia.”

“Those customers are really pushing us to open up local operations in Australia. We’re going to do our best to support those Australian customers that want us to host our product in their own country.”

Last November, Rackspace Asia vice president Jim Fagan told iTnews that its Australian expansion plans would depend on the success of its private cloud implementation and support services.

Roenigk told iTnews this week that an Australian data centre was “a possibility in the next year”.

“As you know, we have a sales office in Australia, and we will open a data centre in Australia in the next 12 to 18 months,” he said.

Roenigk is also a director on the board of the Facebook-initiated Open Compute Project (OPC) Foundation, which aims to design energy-efficient software, servers and data centres from the ground up.

While no Australian entity had approached OPC, Roenigk said the project had attracted interest from “individual technologists”, with financial services “leading the way”.

“We have had some interest, just some Q&A, but more with individual technologists than companies,” he said.

“It’s been academic from universities and the financial sector of Australia. There hasn’t been any of the industrial or mining type companies like that; it’s been financial services leading the way.”

Roenigk said OCP was seeking ways to cooperate with the Open Data Center Alliance (ODCA), which includes amongst its steering committee the National Australia Bank, but the two were attempting to solve different problems.

“ODCA is really about more of the infrastructure part of the data centre, versus the compute,” he explained.

“So [ODCA] is more around mechanical-electrical, whereas at OCP, we’re actually designing energy efficient servers to go on top of that infrastructure.

“We’re just trying to explore how we can work together and since Intel sits on the boards of both, we do feel like those of us at OCP have a good idea on what they’re trying to solve.”