RAAF to set up smart sensing lab at Sydney Uni 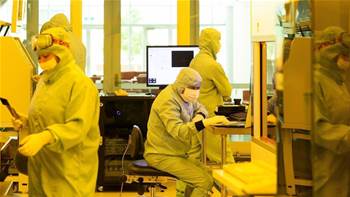 Building the 'internet of defence things'.

The Royal Australian Air Force is setting up shop at the University of Sydney’s Nano Institute (Sydney Nano) to co-develop nanoscale devices aimed at enhancing its ability to monitor electromagnetic, space and underwater environments.

The RAAF’s Plan Jericho, which looks at innovative tech to modernise the nation’s defence capabilities, will have access to Sydney Nano’s 800m² cleanroom space and emerging research to build small yet highly capable sensors.

Deputy chief of Air Force, air vice-marshal Gavin Turnbull, said advanced sensors give defence and intelligence forces “a clearer picture of what is happening against difficult targets in challenging environments”.

Those insights should prove particularly helpful as more international and corporate players enter the space sector.

“We need to think differently to achieve and maintain our competitive edge in a rapidly changing world, and this is something we cannot do alone,” Turnbull added.

“Our academic and other partners are helping us to disrupt ourselves in a controlled way, which is a far better proposition than unwillingly being disrupted by our competitors.”

Overseeing that disruption will be associate professor Cara Wrigley from the Sydney School of Architecture, Design and Planning, who has been appointed as Jericho chair of Design Innovation.

Wrigley’s key responsibilities lie in bringing the university’s research, chiefly in the photonics, closer to real-world defence applications. Photonic sensing chips use particles of light, which cannot be affected by electromagnetic fields in the same ways electronic chips can be.

“When used on aircraft, satellites, vehicles and integrated into a sophisticated Combat Cloud – or Internet of Defence Things – these sensors will enable game-changing awareness,” Wrigley said.