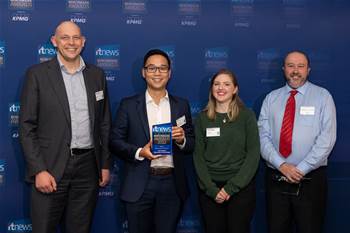 Queensland University of Technology (QUT) has taken out the best education project at the 2022 iTnews Benchmark Awards for its prospective student digital assistant.

The university’s service centre - HiQ - is responsible for student services, support and general enquiries via phone, face to face chat and email.

With peak enquiry volumes reaching 1184 per day, the team was stretched, and looked to create a bespoke AI-based chatbot to relieve some of the load.

The chatbot, named Q, is built on an AWS stack and went live in September 2020, after a development period of six weeks.

It has so far seen significant use by students, with student feedback positive.

For the university, having a chatbot has reduced chat support volumes by an average of 33 percent, and the cost of chat-based interactions has halved.

Built-in AI natural language understanding capabilities allow the bot can pick up nuances in language and learn as it goes along.

Data analytics is also integrated into the bot to provide insights into student engagement via the channel.

“The focus for HiQ is putting the students at the centre of everything we do,” service delivery coordinator Angela Kenna said.

The chatbot places QUT at the forefront of providing high-quality engagement for prospective students to address their queries regarding future study options.

Being able to answer in real time, particularly during busy periods in the enrolment cycle, is viewed as a differentiator.

You can read more about QUT’s work alongside the other winning projects and finalists here.