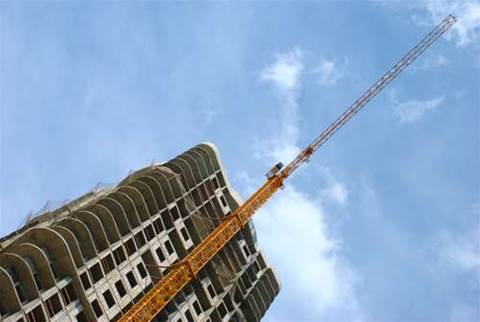 Quest Apartments has overhauled the way franchisees report reservation and finance data to head office at least partially to prevent abuse of the system.

The company, which has 128 serviced apartment complexes in Australia, New Zealand and Fiji, provided finance and reservation systems to franchisees that were installed locally at each site.

Franchisees would manually take transaction data from those systems at the end of the month and send it in a spreadsheet to head office for collation.

This took three days per month, forcing the process to be shifted quarterly "which wasn't great for the business".

"There were a minimum of 12 errors in every sheet and every one of the 100 spreadsheets [from franchisees] had something wrong [in it]," said Glenn Harris, business intelligence team leader at Quest.

"[The reporting system] was prone to the risks of error and abuse because of the human intervention aspect," added the company's chief financial officer Doug Hutchinson.

"The abuse came from the fact that franchisee fees were calculated based on the information in the reports. We were conscious of that and wanted to deal with those issues going forward."

Quest's business model had also started to shift. Where in the past it had third-party developers build and take on long-term leases of the apartment blocks, it was now starting to develop the properties itself.

This required a greater focus on forward planning partly because delays in construction or opening could significantly impact the business.

Hutchison couldn't always capture all the data he wanted.

"Culturally the organisation saw planning as a finance function but it was the business that was best-positioned with the knowledge of what was going on with the projects," Hutchinson said.

"They weren't disseminating that data so it was hard to capture it for finance."

That disconnect meant "managers didn't realise how much [potential value] was locked up in the data", Hutchinson said - value that could be unlocked through proper analysis, modelling and forward planning.

Quest selected a suite of IBM Cognos software to improve reporting and planning after evaluating Oracle, Business Objects and Microsoft, among others.

"We're a relatively small IT team of four so we were concerned about buying into a complex environment. We wanted to maximise the integration [between the various architectural elements] which is why we decided on a single vendor for the complete product suite," Hutchinson said.

He continued: "Part of the decision to go with Cognos was also down to the industry consolidation happening. We were somewhat concerned about the issue and felt the IBM Cognos tie up was likely to give us a development roadmap that was going to be in our best interests long term.

"We also found Cognos very accessible and got to speak to a wide range of people [before we purchased]. That wasn't what we found with all the vendors so credit to Cognos for that."

Harris said Quest was now "picking [reservation and finance] data from [franchisee's] transaction systems every night" rather than every month.

"There's effectively no non-compliance [or abuse]," he said.

But, like almost every IT project, the path has not been completely smooth. Harris described Cognos' Planning product as "a beast" that caused a lag that was shaping to be a "pretty big downside".

"We had two planning spreadsheets before Cognos - one for this year and one looking five years ahead," Harris explained.

If property completion dates changed, the company's financial controller would update and cross-check one spreadsheet and then the other.

"[The Cognos Planning application is] very integrated and small changes in one area can have big impacts," Harris said.

"If someone changes the development date it propagates down through everything but there's a bit of a delay for the changes to completely propagate. Depending what the changes are it can take about two hours and then another 30 minute publishing build if you want to build [that data into] reports."