Queensland's Govt IT ranks begin to grow back 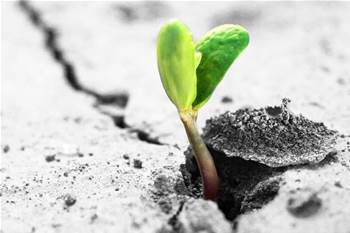 But tech department continues to slim.

The Queensland Government’s technology workforce is showing signs of recovery following a dramatic cull at the hands of a newly-elected LNP Government led by Premier Campbell Newman.

The latest figures out of the state’s public service commission reveal a second consecutive month of overall growth for ICT workers, from 4315 full time equivalent staff in December 2013, up 60 FTE roles to 4375 as of the end of June.

The increase has taken place in step with incremental increases in the whole public service, which has grown by roughly 4500 full time roles in the same period. ICT jobs continue to make up a steady 25 percent proportion of the corporate services workforce.

While growth remains relatively small, it represents a change of fortune after the first 15 months of the Newman Government saw approximately a quarter of all ICT jobs in the public sector axed. The Public Service Commission has only been reporting on technology job numbers since December 2013, but based on figures in the earlier whole-of-government ICT Audit, around 1355 FTE roles were abolished.

Queensland’s IT lead agency, meanwhile, continues to downsize as it moves through an internal restructure.

The Department of Science, IT, Innovation and the Arts, which houses the Queensland Government CIO and several other central IT divisions, shed 184 full time roles in the 12 months to June 2014, according to QPSC figures.

It follows a 600 role cut in DISITIA’s first full year of operation.

The restructure has seen reporting lines revised and new roles created, as well as the appointment of CIO Gyl Stacey, who has heralded efforts to ‘re-skill’ her team towards a strategic focus.