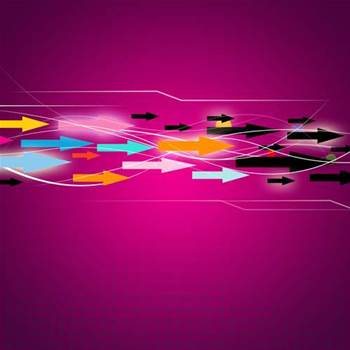 To move off council infrastructure in less than a year.

Queensland Urban Utilities is finalising plans for a 'lift-and-shift' of its entire ICT environment to outsourcers, breaking away from the council systems it has used while in start-up mode.

The water distributor-retailer, created on 1 July 2010, is nearing selection of a primary managed service provider to operate its data centre, desktop, application hosting, service desk and LAN/WAN environment. It is also in the final stages of tendering for a managed network provider.

Until now, it has consumed ICT services from Brisbane and Ipswich City Councils -- two of the five councils that own Queensland Urban Utilities -- under a start-up arrangement.

Although breaking away from those council systems was always envisaged, it will occur sooner than anticipated at start-up in 2010.

The original service level agreements with councils were for a three-year term, with possible extensions to ensure "a nice orderly exit" from the council environments.

However, ICT priorities at Brisbane City Council – Queensland Urban Utilities' main host - have changed significantly since the utility started up in 2010, culminating in a $353 million consolidation of 62 systems announced last week.

"With Brisbane City Council progressing their own work, they've indicated that [SLA extensions are] probably not going to be possible, so we've got a bit of a time crunch [to move away]," Meyers says.

"Us being in the mix there causes [Brisbane] some level of contention in terms of requirements, so we've agreed to be off their environment by 30 June 2013."

Meyers has utmost respect for the councils that allowed Queensland Urban Utilities to sit on their respective ICT environments during start-up.

It's not the first time she has overseen an arrangement of this nature.

At the same time, she says she is "mindful that the councils have their own objectives and goals, and that really drives our steady exit from their environment".

Queensland Urban Utilities' so-called Separation Program isn't run by IT but by a program director reporting straight to CEO Ian Maynard. However, IT input into the program is significant.

Meyers chairs the project control group for five of the nine Seperation Program projects. They include Foundation Services, WAN, telephony and the managed services platform tender.

"I'm essentially the sponsor of a number of those projects under the program," she says.

"Obviously it's a huge program of work, but IT is specifying our requirements to that program, and I've got numerous business-as-usual type resources that are seconded into the program as well."

Meyers sees all projects under the Separation Program of work being "technology-related" - because they involve some aspect of "pulling up a legacy environment" and transporting it onto a new Queensland Urban Utilities-run infrastructure.

However, some projects - such as the lift-and-shift of the organisation's enterprise resource planning environment, a mix of Ellipse and Oracle products - are chaired by other executives.

In the case of ERP, Chief Financial Officer Louise Dudley is overseer.

Although there is some appetite within the business to consolidate systems - such as ERP - the tight timeframe means that work will occur in future phases beyond June 2013.

"Essentially we've got just under a year now," Meyers says.

"The program has involved all sorts of things - internal planning, analysis done by Brisbane City Council, understanding the integration between the various applications, and engaging with the vendors themselves."

Although some "preliminary data analysis" has been performed, it's undecided how much data will be migrated across to the new environment.

"From a user or organisational point of view, we would dearly love to data-migrate everything, but with that comes cost and time," Meyers says.

"The executive leadership team is working through a range of legacy applications and the data that underpins those to determine whether we 'lift-and-shift' the data and do significant parts of data migration, or whether we essentially back up the data at a point in time and then move forward without some of that historical data.

"It really depends on the application."