Queensland schools to get NBN satellite 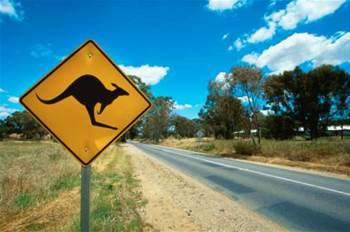 The Queensland Government has unveiled plans to connect 56 of the state's most regional and rural public schools to the National Broadband Network interim satellite service in a bid to improve internet connectivity for students.

Under the plan, schools will receive a 6 Mbps connection and 20 gigabytes of monthly data quota under a three-year arrangement with the chosen retail service provider.

A retail service with the same data quota is currently available for $49.95 per month.

According to tender documents released by central procurement agency CITEC this week, the state government would trial the interim satellite service at a single school before rolling it out more widely to the other 55 schools and education centres.

The interim service was established by NBN Co last year as a stop-gap to the long-term satellites it is currently building under a $2 billion contract. It plans to launch final services in 2015.

"This average is expected to increase as the use of digital teaching and learning resources continues to grow and as their telecommunication services improve," the documents stated.

It called for a provider to help connection of the schools to the satellite connections as well as a routing path to CITEC's systems housed in the Equinix data centre in Sydney.

The move to take advantage of NBN Co's relatively cheap satellite service comes off the back of changes by the Federal Government in July this year make the service available to local government, health and education facilities as well as not-for-profits.

"If you think about it in terms of offering the services, here we're talking in total here take up of a couple of hundred services," NBN Co satellite product manager Oliver Stacey told iTnews.

"The impact is pretty minimal and where those services are going to be offered is in the remote areas where generally speaking we have spot beams and the take-up is not as intense as it is in areas closer to the capital cities."

A spokeswoman for NBN Co confirmed the wholesaler currently had more than 10,000 active users on the service since launch in May last year, many of which had been connected under the same eligibility criteria used in the Federal Government's Australian Broadband Guarantee subsidy program.

The permanent satellite service will ultimately provide up to 200,000 homes and businesses with 12 Mbps downlink and 1 Mbps uplink services, with a view to providing increasingly beefy download quotas of up to 100 Mbps.

Since the changes in eligibility criteria, NBN Co has conducted technical discussions with education departments in Western Australia, South Australia and Queensland with a view to taking up the service.

The service doesn't appear to suit all however.

In May, the NSW Department of Education awarded Optus a $15 million, five-year deal to upgrade satellite services for 22 remote schools, six TAFE campuses and 165 homesteads to improve distance education.

The telco said at the time that the deal would double bandwidth available to the school and increase internet speeds by up to ten times, but did not disclose what those figures were.

"We're not changing the service because we're offering it to schools," Stacey said.

"Certain state education departments — like NSW and Northern Territory — offer specific services and as a result of that they believe that they're best offered and can be delivered over a commercial service.

"What we're really doing here is filling in some of the gaps that can be satisfied with the service that we've got and is cost effective and delivers the service that is going to be a significant improvement for those remote locations."

Despite the increase in speeds and download quota, parent lobby group, the Isolated Children's Parents Association Queensland, argued that the unreliability of satellite connections and their relatively slow speed — compared to the 100 Mbps available on fibre connections — would continue to place rural schools at a disadvantage to those in urban areas.

In a submission to the Rural Independent Telecommunications Review, which finalised its report earlier this year, the association said that current moves to revamp the state's education curriculum would focus on the faster speeds available to metropolitan classrooms.

"Not only does this affect curriculum development, it also will impact on curriculum delivery," the organisation stated (pdf).

"Systems need better latency to keep the line open; the alternative is to redesign software packages and systems to allow for technologies used to deliver data to geographically isolated students."

It asked for a trial of the technologies to determine whether there is any disparity, and whether any technologies could help to close that gap.