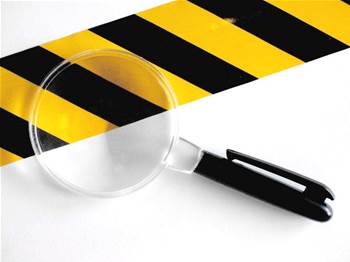 The criminals would then arrange for their fraudulent online purchases to be sent to the virtual offices, to be forwarded overseas.

Since commencing an investigation late last week, Hay alleged Police had uncovered the fraudulent purchase of over $30,000 of computers, mobile phones, games consoles and clothing.

Criminals had supplied four virtual office providers with more than 20 false credit card details, including those of one Australian account, and several from the US, he told iTnews.

He said the virtual offices that were victims of fraud were unknowingly servicing overseas criminals.

The case added to findings made this week by the Australian Payments Clearing Association that credit card fraud in online, mail, or phone-related transactions had increased by 38 percent in 2010 (pdf).

“I’ve never seen [virtual offices] exploited to this extent in the past,” Hay said, speculating that fraudsters were turning to virtual offices as online retailers became more wary of dispatching goods overseas.

“None of the businesses have ever sighted any of their clients and in nearly all cases packages have been requested to be sent to Ghana.

“If someone is using your premise to receive goods overseas, it begs the question, why don’t they have the goods delivered to the overseas address in the first place?”

Hay declined to identify the virtual offices and online retailers that had been defrauded. He said there were hundreds of virtual businesses across Australia.

Melbourne-based virtual office The Cluster changed its policy for dealing with overseas customers this year, after losing under $1,000 to fraud.

From January to March, the virtual office served two clients who claimed to be from the US, but who asked for packages to be shipped to Ghana.

The Cluster staff suspected foul play when it received a package containing what director Kirsten Koci said were expensive goods.

“We only ended up shipping one thing [to Ghana]. Before we did that, we asked for all his identification,” she told iTnews.

The drivers license and passport details The Cluster received matched those on the credit card the client provided – however, these were later found to have been stolen too.

“The bank took the money. We didn’t end up losing a huge amount, but it was money that we thought that we’d earned and we had to repay,” Koci said.

“Now what we do for any international customer is tell them that we can only forward paper mail to them and not packages. It was more hassle than it was worth.”

International virtual office provider Regus had notified authorities about a "small number of potential fraudsters" targeting its Australian offices since the beginning of this year.

It estimated fraudulent cases to account for between 0.05 and 0.08 percent of its prospective clients, based on its global experience.

"It is very important to note that these [fraudulent] cases account for only a tiny handful of prospective virtual office clients."

Several other virtual offices contacted by iTnews declined to comment publicly, including those for whom Queensland Police’s warning did not come as a surprise.

Naomi Tosic, director of Sydney-based virtual office The Office Space, said it would take heed of the warning, although it had not encountered any fraudulent clients.

She said The Office Space may have avoided fraudsters due to its “boutique”, customised offering that required office staff to research virtual clients’ businesses.

“We research every client’s business and if they do become a virtual client so we can answer their calls with more insight,” she told iTnews.

“The benefits are twofold however because it allows us to ‘scope out’ the business and ensure we are only aligning with reputable businesses.”

Queensland Police have issued the following points to be wary of: