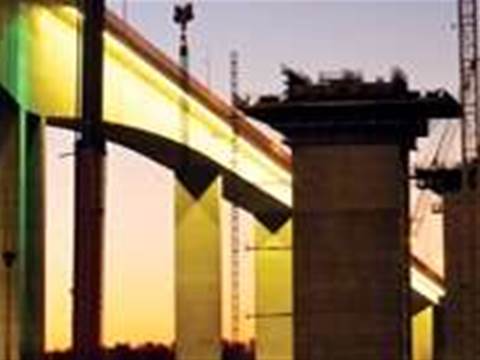 Queensland Motorways has installed a system of scanners that creates 3D models of vehicles as they pass free-flow tolling gates on Brisbane's Gateway Motorway.

The system was one of many deployed as part of a $170 million upgrade of the motorway, which included duplication of the Gateway bridge and a move away from cash booths to free-flow tolling gates, known as gantries.

Queensland Motorways free-flow tolling project director Sue Caelers told iTnews that in addition to toll collection, the company would "capture images of all vehicles that pass by in order to classify them".

This included an image of the vehicle's number plate and a composite 3D image using data from sensors.

"We have a number of scanners that create a three-dimensional model [from which] the system can determine what sort of vehicle it was, depending on the algorithm and rules applied," Caelers said.

Caelers said the 3D images would be scaled back to two-dimensional grayscale before being transmitted from the roadside to the central traffic management centre at Eight Mile Plains.

"[This is because] the bandwidth required to send [a 3D image] back to head office is exorbitant," she said.

"The 3D model can be seen at the roadside but this is truncated to 2D grayscale to be exported back to head office."

Caelers joked the scanning algorithms were not always correct in identifying the vehicle type.

"A horse went through a gantry in Europe and was picked up as having two axles," she said.

"We wanted to get some 3D images of the cows [let loose on the motorway after a truck carrying them rolled in July]. They went through the gantries."

"If we see there are problems occurring we can vary speed signs," Caelers said.

Queensland Motorways worked with IBM to tie the back-office systems.

"We had 18 months to deliver all those gantries, equipment, a full SAP system for enterprise resource planning, human resources and financials, upgrades to our IVR [interactive voice-response contact centre] system and retail outlet interfaces," Caelers said.

The company had also deployed IBM Cognos software to centralise motorway information in a repository for analysis and reporting.

"We've got Cognos installed to an extent but when we look at its optimisation we're probably about halfway there," Caelers said.

The Gateway upgrade project was expected to be completed in 2011.

"We're right at the start of being able to improve the journey of people travelling down the motorway," Caelers said.