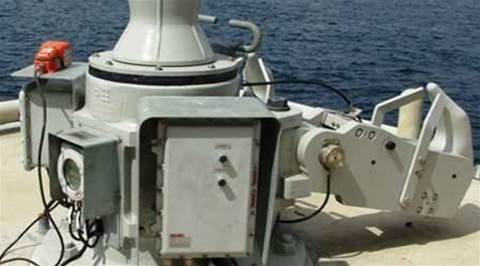 Trelleborg will supply all three projects with a number of common technology elements, although the way they are being tied together varies.

The basis of the mooring system is quick release hooks, which are the anchor points that secure LNG ships to the jetty.

The hooks are fitted with several IT systems, predominantely for safety purposes. A load monitoring system automatically measures the tension of mooring lines attached to the hooks, and sets off alarms if the lines become imbalanced or dangerous.

There is also a remote release system, which removes personnel from the vicinity of the hooks when a ship is ready to be released.

The laser and GPS systems are used to help manoeuvre ships into position to dock.

Trelleborg said it would deliver a "bespoke" solution to Queensland Curtis LNG (QCLNG) for a specific project that aimed to present "a comprehensive view of environmental conditions" on a single display.

QCLNG is being developed by QGC, a subsidiary of Britain's BG Group. Of the Curtis Island deployments, Trelleborg has incorporated several additional systems into QCLNG's solution, including a system to monitor vessel traffic in the Curtis Island area.

The systems design for the Gladstone and Australia Pacific LNG projects are focused around integrated marine monitoring.

Trelleborg noted it is working closely with John Holland, which has the subcontracts to build LNG jetties and loading platforms for all three projects from prime engineering, procurement and construction contractor Bechtel Australia.

The three operators covered by the Trelleborg deals are not the only ones to be eyeing Curtis Island. Arrow Energy is also planning to pipe gas to the island for export, and there are several other projects also afoot.