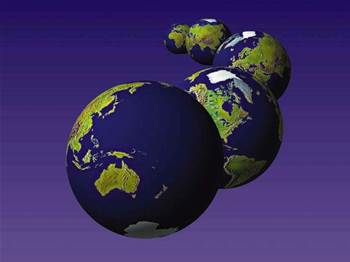 The Defence Science and Technology Organisation (DSTO) has appointed Robert Clark, of the Australian Research Council Centre of Excellence for Quantum Computer Technology, as its Chief Defence Scientist.

Clark was appointed from a range of public and private sector candidates, and will assume the role of Chief Defence Scientist in October 2008.

He currently is the Director of the Centre for Quantum Computer Technology within the University of New South Wales; a role which encompasses scientific leadership in cutting-edge quantum computing research along with governance of the Centre’s operations.

A Fellow of the Australian Academy of Science and an inaugural Australian Government Federation Fellow, Clark will bring to the DSTO his extensive experience in industry, government and defence collaborations within Australia and overseas.

"Professor Clark brings significant national and international expertise and a strong background in scientific research and is an eminent scientist in the field of quantum computing," said The Minister for Defence Science and Personnel, Warren Snowdon, in a statement to the media.

"I am confident that under the leadership of Professor Clark, DSTO will build upon existing collaborations with industry and academia and continue the cutting-edge research in fields ranging from hypersonic jet engines and quantum computing to nano and biotechnology and materials research," he said.

Among other achievements, Lough has been credited with championing the use of simulation in Defence to undertake experiments and test operational concepts at a fraction of existing cost.
Got a news tip for our journalists? Share it with us anonymously here.