Qld to roll out ID scanner network for pubs and clubs 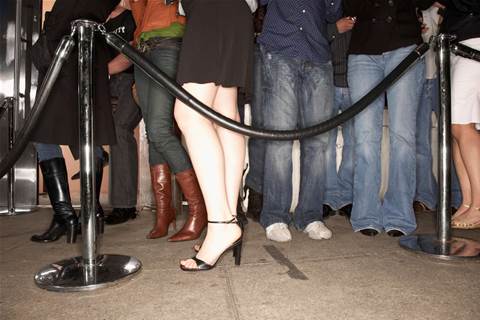 Security still up in the air.

Queensland is set to follow in the footsteps of its southern neighbours and set up a network of ID scanners inside pubs and clubs that will see certain venues forced to collect the details of every patron entering during peak times.

Premier Campbell Newman unveiled his government’s answer to alcohol-fuelled violence laws last month, under the moniker of the ‘Safe Night Out Strategy’ (PDF).

“A significant part of the management of the safe night precincts is the use of these networked ID scanners to manage violent or disorderly patrons," he told an estimates hearing earlier this week.

“Liquor licensed venues approved to trade past midnight in a safe night precinct will be required to operate an ID scanner that is networked to a broader ID scanner system from 8pm until close of trade each day."

The exact list of precincts, and the number of scanners required, is still being nutted out by the state government, however Brisbane’s CBD, Fortitude Valley, the Gold Coast, Sunshine Coast, Cairns and Townsville have already been listed as potential sites.

Like in NSW, the networked scanners will enable Queensland police to ban offenders from entering licensed premises in up to 15 precincts identified as trouble spots for drunken violence.

Also like NSW, venue operators will be expected to foot the bill for the machines.

However, a spokesperson for Queensland’s Office of Liquor and Gaming Regulation (OLGR) told iTnews the state was weighing up options to subsidise the burden.

Sydney operators have reported that the scanners can cost up to $4000 each, which larger venues often requiring more than one.

While the Premier insisted “there will be important safeguards to ensure personal information is adequately protected” under the scanner initiative, the state has yet to fully bed down the security parameters of the system.

Legislation supporting the Safe Night Out reforms asks only that operators comply with Commonwealth privacy principles, which would give them the right to view and use data with the consent of customers.

OLGR said discussions as to how the system will operate were currently underway, and a draft proposal was expected to be released in the coming weeks.

In NSW only specially trained staff are allowed to use the machines. Businesses have no access to the data collected by the network, which includes the names, addresses and birthdates of up to 20,000 people passing through Kings Cross every weekend.

Data on Queensland patrons will only be stored in the network for 30 days.

The Queensland scanners are expected to be fully rolled out by the end of 2014, with the Commissioner to be granted powers to add to the list of targeted venues on an ongoing basis.