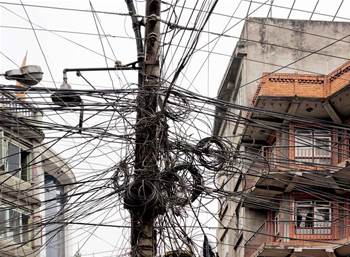 The Queensland government is hoping its five year ‘one-stop-shop’ program, expected to be launched by Premier Campbell Newman imminently, will be a lot more successful than the last time it tried to join up customer services online.

The plan, which is centred around a single website experience across a range of government transactions, aims to have 80 percent of all 900 customer-facing services the state provides accessible online by 2015. At the moment only 30 percent have made it online.

It's a Groundhog Day for Queensland’s agencies, who were encouraged to get on board a similar plan back in 2009.

As part of its ICT strategy, the then-Labor government made it mandatory for agencies to ‘franchise’ out their phone and online service delivery functions through a unit called Smart Service Queensland, unless they could present an alternative business case.

The scheme hoped to transition 50 percent of government services online by 2012, but in March this year the auditor-general Andrew Greaves said the objective had failed miserably.

Greaves found the project had been undermined by weak central coordination and leadership. A lack of agency participation meant SSQ could not offer the economies of scale promised by the initiative.

Fast forward four years and the Queensland parliament’s education and innovation committee has quizzed peak IT executives from the Department of Science, IT, Innovation and the Arts (DSITIA) about what will be different this time around.

If anything, coaxing agencies on board should be harder now that the Newman government has rejected a mandate to compel them to participate.

But outgoing DSITIA director-general Andrew Garner, who will work his last day at the agency on Friday, told the parliamentary committee he hoped the service delivery platform his department establishes will be attractive enough that agencies will come willingly.

“Our job is to create the best shopping mall, and then they will come and take a lease,” he said. “It is our responsibility to offer the best service we can and then the agencies will come on board.”

He is confident the first iteration of the platform will “kick off with some very strong participants”.

His replacement, Susan Rickerby, seconded the “carrot” over stick approach.

“The lack of a mandate is a positive thing really,” she told the hearing.

As lead agency for the scheme, DSITIA said it has been taking on board the lessons learned by its NSW colleagues and even US law enforcement as they go about similar initiatives.

“NSW has already kicked off a similar approach and we have had discussion with them already about borrowing some of those ideas, as they have a very similar back office to us,” Garner said.

Modern options for interfacing the hundreds of agency systems and databases that support these services are being assessed based on their use by US agencies following the Al Qaeda attacks in 2001.

“A more contemporary approach to this is to create interoperability through a layer of software that sits in the middle between these systems. There is technology available today that can do that."

“The US has done a lot of work in this space since 9/11, and there is an opportunity for the Queensland government to leverage this,” executive director of ICT renewal Glenn Walker said.

He said progress against the one-stop-shop project will be duly recorded against the Queensland government's new IT dashboard.

The DSITIA team also confirmed to the committee the ICT strategy and action plan will be revised to reflect the priorities of a 30 year state plan that will be released before the end of the year.