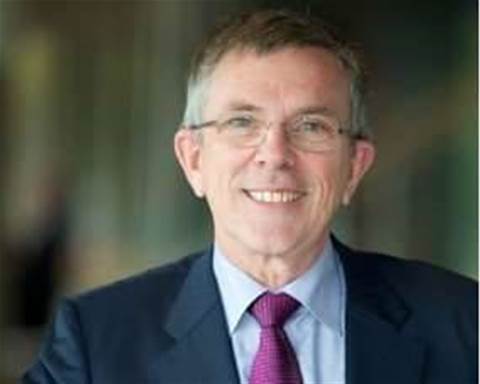 Minister for Science, IT, Innovation and the Arts, Ian Walker.

The Queensland Government has confirmed it scooped $17.6 million worth of 'quick win' savings from its ICT spend in the 2012-13 financial year, which will be reinvested into paying off the state’s debt.

Sticking to black and white, double-sided printing and cancelling more than 16,000 unused phone lines accounted for the bulk of the haul.

The Queensland Police Service was the government’s top ICT saver, recouping $6.1 million including $5 million from printer optimisation within the year.

While haemorrhaging millions through its payroll remediation at one end, Queensland Health also managed to redirect $3.6 million back into the budget thanks to “telecommunications efficiencies”.

“These savings will be used to pay down the debt and deficit left by Labor and we will continue to identify opportunities to reduce ICT costs and waste,” IT minister Ian Walker said in a statement.

But the sum falls just short of the $18 million to $25 million worth of ‘low-hanging fruit’ identified by the state’s ICT audit for short term budget returns.

“Some of the identified savings could be achieved with minimal effort as the underlying wastage was due to inadequate cost management,” the report stated.

“For example, a relatively simple action such as querying a telecommunications bill resulted in the identification of service provider overcharging of more than $140,000 per annum."

When questioned about its savings expectations, Walker’s office said it was happy with the result.

“The savings identified so far are encouraging and in line with potential quick win savings which have been identified,” a spokeswoman told iTnews.

“Additional medium term and long term savings are expected from the implementation of actions identified as part of the ICT Action Plan.”

The vast bulk of the savings highlighted by the audit will not be realised for a number of years and rely on some deep structural reforms to the way the government operates. It estimated that more than $40 million per annum could come from outsourcing desktop services and another $20 million from outsourcing data storage across government.

Overall the audit estimated that a peak of $185 million per annum could be shaved off the state’s ICT spend if all savings opportunities are realised, but added that $106 million was probably a more realistic target.

As Peter Costello pointed out in the final report of his commission of audit, however, savings alone will not get the Queensland government out of its $62 million debt, which is projected to reach $100 billion by 2018-19.

“If the government were to achieve a consistent fiscal surplus of 1 percent of revenue year after year, it would take 50 years to reduce debt by $25 billion,” the report said.

Costello recommended a review of assets and a program of divestment that includes the sale of government-operated ICT infrastructure provider CITEC.