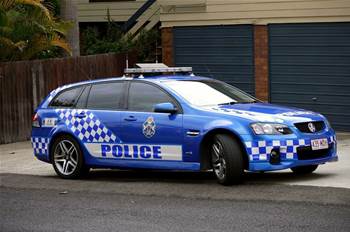 Packet loss on the agenda as contract expires.

The Queensland Police Service is hoping the upcoming refresh of its automatic number plate recognition (ANPR) system contract will give it an opportunity to fix its flawed end-of-shift data upload process.

The QPS has about 25 ANPR units installed in police cars across the state, supported by a back-end storage and matching engine.

Its current ANPR contract will expire at the start of April next year, and it is looking for a new provider to support and grow, its existing device fleet.

It is also looking for the new provider to tweak the communications between in-car devices and the centralised back-end system to address instances of packet loss when police cars are forced to leave wireless access points before an upload is complete.

Tender documents reveal the QPS is currently affected by the issue, which has resulted in a “corrupted database” containing incomplete records of vehicle tracking.

It wants a new provider to deliver a system that will confirm the full successful transfer of a data packet before the information is deleted from the in-car machine. It will also postpone end-of-shift uploads if it detects that a wi-fi or cellular signal is weak.

Tender documents also show that the QPS, in partnership with the state’s Public Safety Business Agency, is looking to dump its own wi-fi hotspots for ANPR uploads, and switch to 3G and 4G connections alone sometime in the future.

The latest tender round, which the agency hopes will result in a new contract by November 2015, has been informed by an early market engagement that kicked off in January.

The QPS is still insisting on a system that can compare the number plates of passing vehicles against a database of a minimum six million registered vehicles within one second, to alert patrolling police when they are passing cars that are stolen, unregistered or wanted in relation to other crimes.

The camera will need to capture number plate details at speeds of up to 250km/h. The QPS will only be looking at solutions with an accuracy rate of 95 percent or above.