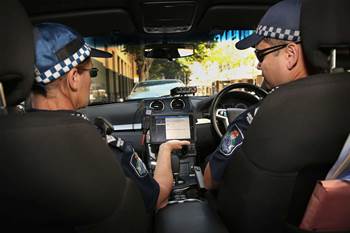 QPS undertook the first tests of a mobile data strategy aimed at enabling police to access three databases on an Apple device while out of the office in 2013.

The force's IT team, lead by Dave Johnson, built an HTML 5 application with an iOS wrap that provided access into the QPS records information management exchange (QPRIME), Transport vehicles database (TRAILS) and the national CrimTrac database, which had only previously been accessible at base.

The success of the trial has seen the number of iPads used within the police force grow steadily from 500 pilot devices in 2013 - first by an extra 1250 for the G20 summit in April last year, followed by a pledge for a further 5400 this July by the new state government. Internal commands last year also decided to pay for around 1000 extra devices out of their own budgets.

The QPS IT team rewrote the QLiTE application last December from HTML 5 to a native iOS application to obtain greater control over the in-built features and make the tools work better for end users.

The move allowed QPS to utilise a feature that records officers' digital signatures - a key step towards the goal of electronically-issued traffic infringement notices.

A pilot group of 40 road policing command officers will take part in the trial to confirm the app's effectiveness before it is released to other cops equipped with iPads.

The app will facilitate automatic printing of infringement notices at the Department of Transport and Main Roads, removing the time previously associated with manual re-entry by TMR staff.

The force expects the service will significantly cut down on the time taken to process the notices, which number 500,000 each year.

Faster access to real-time information on the beat will allow officers to more quickly and accurately identify who they are dealing with, the QPS said, and will also minimise officers' exposure to road traffic hazards.