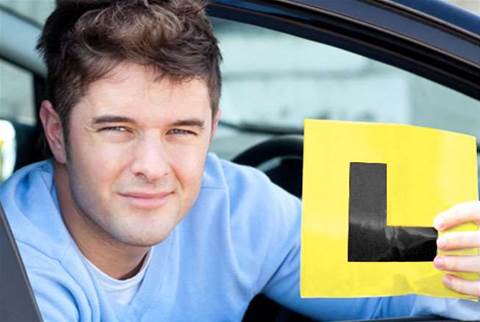 Queensland Roads Minister Mark Bailey has insisted his department’s $300,000 spend on an electronic learner driver logbook app was a good investment, despite the state opposition pointing out the same product could already be downloaded from the RACQ for free.

The Department of Transport and Main Roads paid developers at Oakton $300,000 to build the electronic logbook app for iOS and Android devices, the minister confirmed at yesterday’s budget estimates hearings, and will spend another $100,000 a year to maintain it.

The app went live on May 25 this year, and has been downloaded 8000 times since. In that time only 68 full logbooks have been completed, which Bailey argued was reasonable considering the long period of time it takes to fulfill the 100 driving hours needed to qualify for a licence in Queensland.

But the government app offers many of the same functions as motorists' association the Royal Automobile Club of Queensland’s Learn2Go app, which dates back to 2013.

Both apps have been approved by the Department of Transport and Main Roads, meaning trips recorded and approved by a driving supervisor are accepted in the place of a hardcopy logbook when a learner applies for their P-plates.

Both apps automatically time the duration of a lesson, automatically calculate distance covered using the start and finish odometer readings, and automatically email the trip details to a registered supervising driver for approval.

The RACQ app exports the log as a PDF for submission to the department, while the in-house app can be used to send the trip details through to the agency directly.

Asked whether he was comfortable spending taxpayer dollars to replicate a private sector product already on the market, Bailey argued “the more products out in the marketplace, the better”.

“It is not exactly the same product as the RACQ’s. People should have choices in these things. I think that is a good thing,” he said.

Bailey told budget estimates the government had approached the RACQ to partner on its existing app but the firm had advised that its app was "old and needed significant investment for which they did not have a priority at that time”.

By contrast, the NSW government has taken a different approach to getting its own electronic logbook off the ground.

It has partnered with Westpac to run a hackathon-style developer competition where groups will compete to pitch the best logbook solution.

There is $30,000 in seed funding on offer as well as the ability to tap into Transport for NSW data and resources, and the Westpac innovation centre, to bring a production version of the app to life.