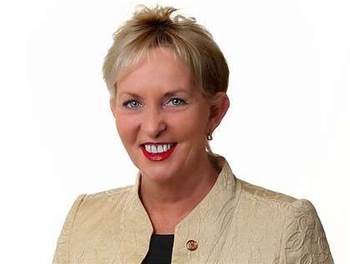 Updated: John-Paul Langbroek to step in.

Queensland Premier Campbell Newman today said he had accepted her resignation, adding that Bates had done “an outstanding job under difficult circumstances".

"Unfortunately the demanding role has taken a toll personally and on her health, and she had decided not to risk those issues impacting on the performance of her duties,” Newman said in a statement.

Education, Training and Employment Minister John-Paul Langbroek will act in the role, pending a reshuffle from the Newman government.

The state, which spends $1.6 billion a year on IT, has been plagued with technology project problems in recent years, with a statewide audit finding one in six systems were "critically vulnerable".

Late last year Bates drew criticism for accepting $3000 in political donations from Technology One, which subsequently gained meetings with the minister.

"She did have an understanding of the need for support for the local IT industry.

"We're hoping that her replacement, whoever that is, also adopts and supports the local IT industry in the same way that she did."

Mills said the Queensland Government had a huge task ahead of it to address the IT issues it faced.

"But our belief is it also gives them the opportunity to be innovative about their solutions, as opposed to the status quo... to adopt things like cloud which had always been negatively seen by government."

Michael Blumenstein of the Gold Coast IT Forum said it was a shame Minister Bates had resigned, given her strong support for the sector.

"Earlier on when she came into the piece she engaged early with industry and really wanted to get a feel for the industry's current situation in the face of what she had to do," he said.

"I really felt she actually cared about the industry and its wellbeing and wanted to ensure the best outcomes would occur."

Women in IT president Sue Johnston said while it was sad to see anybody go, it was important that the government continued to push ahead with its IT plans after last year's audit.

"We hope that whoever is allocated to it can pick it up quickly and keep going because the industry has been in a bit of a lag the last ten months or so."

Johnston said there was a concern the industry would lose talent to other states if IT activities did not return to normal.

Professor Simon Kaplan, the chair of the Queensland Council of the ICT vendor's lobby group the AIIA expressed disappointment, and praised the Minister's support and collaboration with the ICT industry in Queensland while she held the portfolio.

"The AIIA enjoyed a strong working relationship with Minister Bates, and is sorry to see her leave her portfolio. We wish her all the best for her future endeavours and, given her background and interests, are sure that she will remain engaged with the ICT industry," Professor Simon Kaplan said.