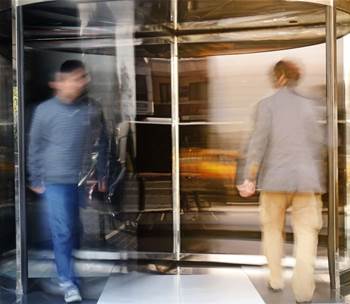 Ray Brown leaves after five years at IT helm.

After five years in the top job, Brown’s contract has expired and a spokeswoman has advised that he worked his last day at Health yesterday and has now departed “in order to spend more time with his family and to pursue other interests”.

Director general Ian Maynard today thanked Brown for his service, adding that “we are a fast-paced and evolving organisation so filling these roles was a definite priority for me”.

Maynard announced the creation of the new roles in July, alongside the adoption of a 10 year strategic roadmap for the department’s at times troublesome IT.

Mal Thatcher will become the first leader to step into a newly created chief health information officer role, which will assume a purely strategic perspective on electronic health matters.

Currently serving as CIO of private hospital group Mater, Thatcher has agreed to become CHIO for 12 months, beginning September 15. However, he will hold on to his permanent position at Mater throughout, and looks likely to return to the private sector this time next year.

“Mal brings with him significant experience in IT and leadership in delivering high-quality healthcare information systems that support the operational and administration of health services,” said Maynard in a statement.

“This skill mix is exactly what we need to help deliver on our ICT plan and I look forward to working with Mal.”

Thatcher is a part-time academic and adjunct professor at Queensland University of Technology’s science and technology faculty, and has been Mater CIO for ten years.

He will enjoy a greater level of seniority to any of his predecessors at Health, answering directly to Maynard himself.

He will also be joined by chief technology officer Paul Carrol on a temporary basis. Carrol, who is currently heading program delivery for the department’s IT unit, will keep the CTO’s seat warm from 26 September until a permanent hire can be found.

"The CTO role focuses largely on operations and program delivery which makes Paul very well-suited to this position," said Maynard.

“Health is always an exciting department with a lot going on, even more so in the coming months as we continue our focus on renewing services and making gains in efficiency, which are integral to improving our service delivery and providing value for money.”