Qld Govt to split CITEC in half before sale 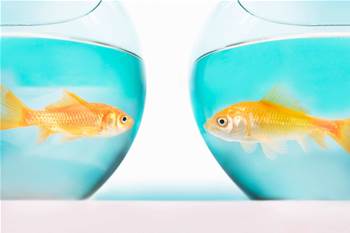 The Queensland Government plans to split the state's IT infrastructure provider CITEC in two before going ahead with its privatisation.

The path towards the planned CITEC divestment has not been as smooth at the state anticipated, and it has now formally delayed the sell-off to allow more time to prepare the organisation for the market, as first reported by Fairfax.

CITEC is one of several government-owned enterprises earmarked by Peter Costello’s 2013 Commission of Audit for divestment. The sale was originally scheduled to take place within two years.

Despite the pause, a spokesperson for the Department of Science, IT, Innovation and the Arts (DSITIA) maintained that “the government remains committed to divesting CITEC after thorough preparation”.

But before that can go ahead, “the government will work to separate the information brokerage and ICT elements of the business,” she told iTnews.

On top of the data centre, network and security services CITEC currently provides to Queensland agencies, it also operates the ‘CITEC Confirm’ business, which offers search and retrieval services across 40 government and commercial information sources.

The split is not the only cause of the delay, however.

DSITIA said it is also working to get CITEC in a position where it may be transferred to the market “on an arms-length basis”, so government intervention is not required to ensure the effective transition of services for the provider’s existing agency customers.

The department denied its hesitation is related to a dramatic revenue drop forecast for CITEC's current financial year, potentially sullying the appeal of the enterprise to private investors.

“CITEC has had a dramatic turnaround since 2011-12 when the EBITDA was -$22.3 million," the spokesperson said.

“For 2013-14 this figure increased to $12.3 million. The forecast for 2014-15 reflects a more self-sufficient business model with the reduction of supplementary funding from Treasury."

CITEC employed 393 full-time equivalent staff as of the end of 2013-14, a figure that is expected to drop further to 381 this year. The figure represents a significant drop from the 500 FTE staff the agency employed in early 2013.