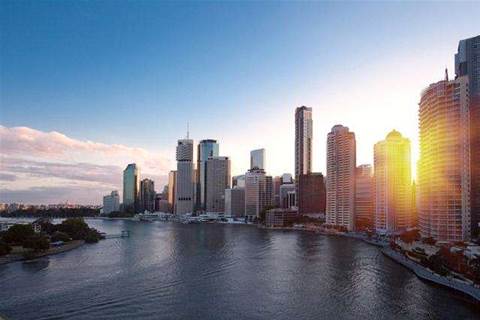 The Queensland government will invest almost $40 million in cyber security and digital service delivery over the next five years as the state’s Covid-19 recovery gets underway.

Treasurer Cameron Dick unveiled the state budget on Tuesday afternoon, revealing a 2021-22 deficit that is $800 million lower than what was forecast just six months ago.

But despite the significant improvement in the bottom line, budget papers reveal only a handful of IT initiatives for a second year in the wake of the pandemic.

Last year’s budget was an almost IT-free zone due to a six-month freeze on new IT projects, which was part of a wider effort to claw back $3 billion into the state’s coffers.

As reported by iTnews, the pandemic-induced savings measure, which officially ended in January, saw almost 100 IT projects paused across the government.

Budget papers show that the government achieved $750 million in savings in 2020-21, but there is no indication of just how much of this is down to the paused projects.

The government has, however, attributed $17.7 million to a reduction in ICT contract costs over four years, including savings in telecommunications contracts.

Of the new IT initiatives, one of the largest is an $11 million investment in “whole-of-government cyber security enhancements” over two years.

The funding builds on the $20 million allocated to the state’s cyber security protection unit in 2019 over four years, effectively doubling the government-wide spend over next two years.

A further $17.3 million, including $4.4 million in 2021-22, will go towards the completion of the digital archives program, which will enable the preservation of digital government records.

She said that the pandemic had “highlighted the ongoing necessity for remaining connected digitally, and the growing need to enhance the digital economy”.

Outside the Department of Communities, Housing and the Digital Economy, the budget allocates just under $20 million to Queensland Police across several IT-related initiatives.

More than half of the funding will be spent on general “ICT technology”, while $4 million will be used for new and replacement body-worn video (BWV) cameras.

A further $4.1 million will go towards the Queensland Police’s QLiTE tablet program, including $2.7 million for the development of new apps and $1.4 million for 1000 additional devices.

The Department of Justice and Attorney-General will receive $7.4 million to expand and upgrade audio-visual capacity, including “video conferencing and in-custody court appearances”.

Attorney-General Shannon Fentiman said the upgrade would “provide for the streamlining of some matters, enabling cost savings in both time and resources”.

The government is also investing $7.7 million in tranche three of the Department of Environment and Science’s government science platform over three years.

The platform, which will make “data more accessible, integrated and reliable”, is expected to be used by the department to respond to environmental challenges.