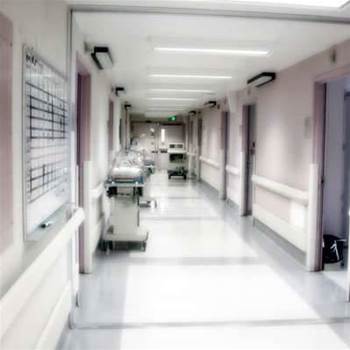 Queensland’s Auditor-General, Andrew Greaves, has urged the state's government to heed the lessons of the past and stop underestimating the risk IT works pose to major public infrastructure projects.

In his report on hospital infrastructure projects, tabled today [pdf], Greaves accused the former Labor government of making policy on the run and announcing projects before fully costing them, ultimately lumping the state with $2.2 billion more than expected in costs.

In the heat of the 2006 election campaign, the then-Labor government announced plans to build three new hospitals in close succession – the Gold Coast University Hospital, the Lady Cilento Children’s Hospital, and the upcoming Sunshine Coast Public University Hospital – at a projected cost of $2.9 billion.

The most recent estimates point to a 77 percent overrun across the trio, sending the full cost to $5.1 billion.

With just one out of three now open, and another threatening to miss its December deadline, the Auditor-General has put a $122 million price tag on the state's failure to fully appreciate how complex and expensive the IT underpinning a modern health facility can be.

“All three projects under-estimated the impact that ICT risks would have on project delivery and cost.

“The broader lessons for the public sector relate to situations where public commitments have been made to deliver major infrastructure projects prior to detailed planning.”

Both the Gold Coast and Lady Cilento hospitals were years into construction before alarm bells started ringing and IT issues were finally escalated to "extreme risk" status, the report found, prompting Greaves to urge the team behind the Sunshine Coast facility (not due to open until 2016) to learn from their mistakes.

In particular he criticised hospital bureaucrats and politicians for the unrealistic belief that an IT workforce big enough to take on the ambitious suite of successive builds could be found from within the public service.

He pointed out that the $38 million IT contractor bill for the Lady Cilento Children’s Hospital mirrors the hospital's entire IT budget overrun – which has ultimately cost the facility a planned green energy co-generation plant.

Policy makers failed to consider the burden that three simultaneous hospital builds would have on the Health Services Information Agency, which was later recognised to be totally under resourced for the task, the report found.

IT woes still threaten to derail the December 2014 planned opening of the Lady Cilento Children’s facility, with another $18.7 million still likely to be spent on getting the technology up to scratch.

IT-related delays aren’t new to the health sector. In Western Australia the state’s flagship Fiona Stanley Hospital has only just opened, after six months of delays as the facility builders worked to get electronic systems up to working order.