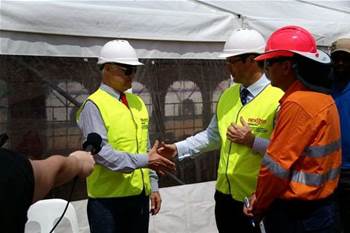 The Queensland Government said today it would rely on independent Bob Katter to broker a good broadband deal for the state, not just for his electorate.

The state's ICT minister Robert Schwarten indicated that although the State Government favoured the existing NBN over the Coalition's "much more limited plan", it would "look to Member for Kennedy Bob Katter to tell Canberra what Queenslanders wanted".

"I am sure Bob Katter will continue to express his views forcefully, no matter what type of government is chosen for this nation," Schwarten said.

"The Bligh Government will work with whoever forms government in Canberra to get the best high-speed broadband network for Queensland."

Katter and other independents were negotiating with the major parties on how a government would be formed after last month's election.