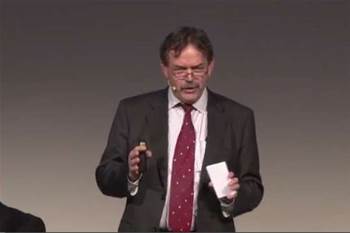 Queensland Government CIO Andrew Mills has injected a dose of pragmatism into the state’s otherwise ambitious timeline for IT recovery.

Speaking in Brisbane to an industry audience last week, Mills conceded that despite the Newman Government’s avowed outsourcing pledge, “there will probably be in-house applications for many years to come”.

“I can't imagine us throwing away mainframe applications and spending money on shifting them if they're still doing the job,” he said.

IT Minister Ian Walker has recently formalised a ‘cloud first’ approach in the state – which Mills was quick to point out “doesn't mean we are going cloud-only” and that normal procurement fundamentals would still reign supreme.

“The two key issues of business fit and value for money will always be a key component of government decision making,” he clarified.

When asked about the timeline in which the Queensland Government could reach its ideal IT end-state, Mills said that industry should expect to see some significant work coming to market before the end of 2014, particularly in the areas of infrastructure and infrastructure-as-a-service.

But he restated that some of the public sector’s bulkiest applications could take many, many years to transform in alignment with the government’s ‘ICT-as-a-service’ agenda, pointing to the Queensland Police Service’s QPrime crimes database as a key example.

“The death of the mainframe has been overstated greatly,” he opined, recalling that while he was Government CIO for South Australia he saw mainframe processing increase at a rate of 20 percent a year.

However frustration with the pace of change is reported to be felt within some corners of the central IT authority driving the Queensland technology renewal program, which has witnessed something of a staff revolving door of late.

iTnews revealed in January that IT renewal chief Glenn Walker had quit the state government to join the private sector. Months later, Fairfax reported that a number of his Department of Science, IT, Innovation and the Arts colleagues had also departed.

Mills expressed confidence that some of the lighter cloud transitions being eyed off by the state could start to take root pretty soon, in “months to years, not years to decades”.

DSITIA has already begun its own transition to Office 365, after the state government’s Microsoft licensing arrangements were opened up to cloud in May.

It is leading the pack, and is set to be followed by several agencies very soon – but not all.

“Some agencies actually have to take a separate step in the middle to get themselves off dead technology before they can move,” he said.

“There are some big agencies looking at cloud at the moment that are on very old platforms that need to get modern before they can move.”

Speaking at the same event, Department of Agriculture, Fisheries and Forestry CIO Tony Grant said it would be a little while before the cluster of agencies he serves is ready to take the cloud email leap.

“Because we have quite a stable platform, we are probably going to be in the middle of the pack in terms of adopters of Office 365. So we'll let DSITIA sort out the problems for us and then we will go that way later on,” he joked.