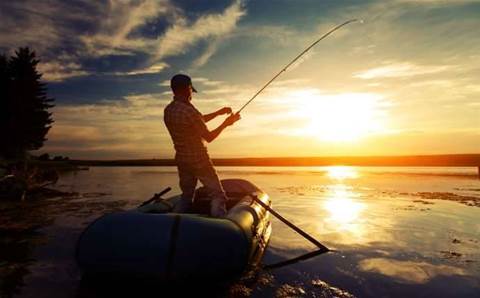 As a deterrent to obstructive anglers.

Queensland’s fisheries department is looking to equip field officers with the same video technology currently being rolled out to the state’s police force, to dissuade unlawful anglers from getting in the way of the agency's enforcement duties.

The Department of Agriculture, Fisheries and Forestry is in the market for a fleet of body-worn cameras, and a supporting evidence management solution, to attach to its 90 boating and fisheries patrol officers working at 18 sites across Queensland.

The patrol is in charge of enforcing boat safety and recreational fishing rules, through surveillance and on-the-ground inspections throughout the state.

It is looking to invest in the same technology the Queensland Police Service is currently rolling out to protect its own officers from violence, while also collecting crime scene evidence and capturing sudden and unexpected incidents.

The QPS has bought roughly 2700 Axon Flex body-worn camera devices, manufactured by Taser, plus an unlimited subscription to its paired cloud storage solution.

The rollout has been funded out of a $6 million election commitment made by the incoming Palaszczuk government in 2015.

The technology is gathering popularity amongst global policing organisations, and nearly all Australian forces are looking at testing it or rolling it out in some way.

Queensland Fisheries is scouring the market for an off-the-shelf solution that will support up to 12 hours HD recording at a time.

It has taken a hard-line approach to uncooperative fishers and boaters and wants to send a clear message to rule-breakers by using the law enforcement technology.

“Obstruction of officers is a serious offence and capturing sufficient evidence to prosecute these matters is paramount,” the department said in tender documents.

“Prosecution of these offences is also to show the public that this type of behaviour will not be tolerated.”

Elsewhere, Queensland’s paramedics have rejected the cameras as a potential way to combat the increasing levels of violence they face in their line of work.

The paramedics union and a taskforce formed to look into the technology have turned it down because of the risk it poses to patient privacy.