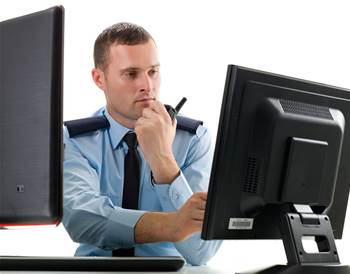 Latest in a long line.

The Queensland Crime and Corruption Commission has charged a former police officer with accessing information in the force's core crimes database 44 times over six years without authorisation.

The ex-cop joins a long list of Queensland police officers to have been charged with snooping into the QPRIME system over the last year.

The CCC yesterday served a notice to appear in court on a 60-year-old former male sergeant for unauthorised use of the database.

The commission also alleges that the former sergeant handed over information from the database searches to another man. This 72-year-old has also been served a notice to appear in court.

The CCC said it had notified the QPS ethical standards command about the charges against the former officer.

The commission has been on a crusade to stamp out unauthorised use of QPRIME within the state's police force.

Just two weeks ago it charged a 31-year-old Brisbane police officer with using the database to conduct personal checks.

Three months ago another Brisbane police officer, a 43-year-old male detective, was hit with the same charges, and last May an officer was convicted of using QPRIME to look up people he met through a phone dating line.

Three other officers were charged with database misuse in the same year.

The fining of sergeant Steven Patrick Wright for accessing information on netballer Laura Geitz, as well as his family and friends, prompted the CCC to last month warn the public service not to use government databases to "peek" at citizens' personal information.