Qld Ambulance opens its dispatch data to the public 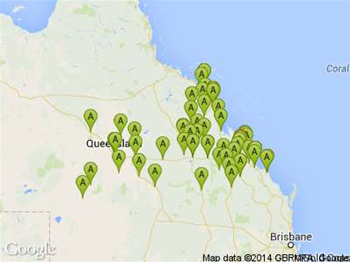 Screenshot of the public iRoam view.

The app that is keeping senior ambos one step ahead.

The Queensland government is combating community anxiety about ambulances being forced to queue at hospitals to offload patients by offering up a snapshot of its computer aided dispatch system (CAD) online.

In an Australian first, the Queensland Ambulance Services has begun providing the public an online summary of all active ambulances, their status and location, updated at 15 minute intervals.

“Families want to know that if they have an emergency, an ambulance will be available and this is now possible," Qld Health Minister Lawrence Springborg said in a statement.

“If there is pressure on the ambulance service, that information will also be freely available."

The technologist behind the tool, QAS contractor Mike Randall, told iTnews the public is viewing a stripped-back version of the iRoam application that senior executives and supervisors at the ambulance service have been using since 2012.

The only information that hasn’t been released to the public, he said, is the location of ambulances en route to pick up or drop off a patient, due to concerns the information could be reverse engineered to give the coordinates of a patient’s home.

Ideally, Randall said, he would have preferred to use a static image of the mapped locations, updated at the same intervals, but this wasn’t an option under the terms of Google Maps licensing.

Internally, however, executives from the chief commissioner down can track all dispatched ambulances, as well as compare real-time workloads against periods in previous years and receive alerts of impending crises on the network.

“There are thresholds set for hospitals, response times and ambulance availability. For example, a hospital will have a limit on the number of ambulances it can deal with at the same time," Randall said.

"iRoam is able to gauge how many ambulances are on site at a hospital and how many are also heading there and alert the executives if there is a risk of breaching the limit.'

The data is sourced directly out of the CAD system used by dispatch teams, but displayed in a way that is useful for the kinds of high-level managerial functions its key users fill.

Randall said the app, built internally using Oracle’s Application Express, is “definitely something that evolved” out of a series of requests for datasets from other executives.

He said there was no reason other states couldn’t also adopt the technology, with a bit of tweaking, and revealed it is alreadying being demonstrated for the Council of Ambulance Authorities.

In a statement, ambulance commissioner Russell Bowles said he hoped the data release would end the “fallacy” of issues around ambulance availability.

After winning the election, Springborg promised to end ambulance 'ramping' – or queuing to drop off their patients – but there have been pockets of the practice reported since.