Qantas tackles double the number of IT projects 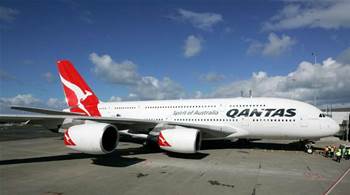 As 'evolve IT' program bears fruit.

Qantas has doubled the number of technology projects in train over the past two years as its internal DevOps capability has matured.

Group chief information officer Susan Doniz told a recent technology forum that the airline’s IT organisation had needed to move faster to keep up with customer demand for better digital experiences.

“The customer is more powerful now than they’ve ever been and what they’re expecting goes up and up, so we have to be able to implement solutions in a quick way,” Doniz said.

Moving fast in IT fell within a program of work that had been codenamed ‘evolve IT’, and Doniz said the impact of that work is already being felt.

“I think we’ve doubled the amount of technology projects over the last two years so we’re on an exponential curve,” she said.

“One of the big strategies we have - and that I can talk about - is [one] we’re calling evolve IT which is essentially how do we look at speeding up our capabilities to do that [extra IT work].”

Doniz said that while IT was under pressure to deliver faster, it wasn’t getting extra budget to do it.

“I would imagine a lot of [companies] have the same challenge which is you’re being asked to do more with less,” she said.

“You’re being asked to say for those things that are BAU [business as usual] now, how do you decrease that cost so that you can invest it in the other programs and then how do you it more quickly as well.”

Doniz credited Qantas’ adoption of DevOps for making it possible for IT to deliver more and faster, without compromising on the “very high reliability needs” of the business.

The airline has drip-fed portions of its DevOps journey over the past few years, but had not previously quantified the kind of change that its efforts had enabled.

Its former digital technologies and services manager Jessica Lin said in an IBM video last year that the airline was “transforming the way we do application development and testing within the company.”

“Traditionally we have development team and testing quite separate but with a fast moving industry now we want to be able to deliver changes, enhancements and new products much more quickly to our customers,” Lin said.

Lin noted the changes were not just technical but also cultural and mindset-related, and that was for both the airline as well as its “service partners”.

In recent years, Qantas has also moved workloads into public cloud. It has also pursued change through its application services outsourced arrangement with TCS.