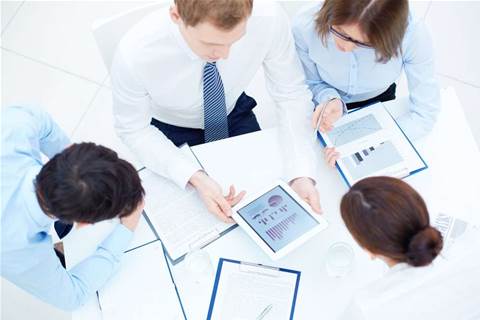 Expands head of strategy role to encompass IT.

Qantas has given technology a direct reporting line into CEO Alan Joyce as part of a shake-up of the airline's leadership team announced late today.

The national airline will expand the role held by Robert Marcolina - currently the executive manager of group strategy - to encompass transformation and IT.

Marcolina will now report directly into Joyce, as opposed to chief financial officer Gareth Evans as under the previous structure. Marcolina has been with the airline since 2012.

Qantas CIO Luc Hennekens will now report into Marcolina instead of Evans.

The airline said the changes - which affect a number of other non-technology executives - were aimed at creating a flatter organisation in line with its ongoing transformation initiative.

Part of the transformation program has been to review its existing base of technology partners - Qantas outsources 85 percent of its IT requirements to a limited group of partners.

The suppliers are now being subject to an ongoing review process and new engagement model as the airline works to save $2 billion in costs over three years.