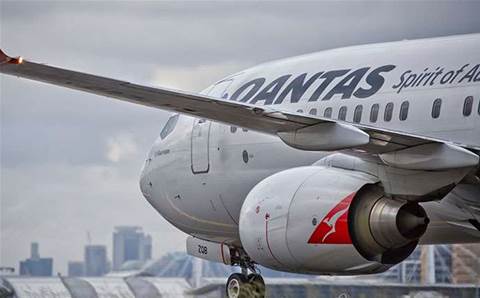 Amid broader changes to its technology leadership.

Qantas has found a new group CTO and made a number of other changes to its IT organisation since July.

The airline has put “digitalisation” - specifically IT delivery transformation and customer experience (CX) - at the centre of its recovery strategy. It is also reworking its IT service models and renegotiating agreements with IT suppliers.

However, the make-up of Qantas’ technology organisation during this period - and particularly the impact of a broader restructure at the airline - has been unclear.

iTnews has attempted to keep track of changes to the IT organisation over the past few months, and has established a partial picture of what the technology leadership org chart now looks like.

One of the main new changes is the appointment of a new group chief technology officer (CTO).

Michael Ross, who was most recently CIO for ASX-listed packaging manufacturer Pact Group for over seven-and-a-half years, updated his LinkedIn profile to reveal the Qantas move.

Ross lists his departure from Pact as September and a start date at Qantas as July; while the dates don't completely align, it does appear that July more broadly was an important month for Qantas’ technology organisation.

The airline appeared to promote three existing staff into new "head of technology" roles through July and August:

Several other changes have also been made, including at Qantas Loyalty and in the security domain.

Mary Criniti was appointed chief technology officer of Qantas Loyalty in June. She was previously a head of technology at Qantas.

Meanwhile, Alastair Robertson, who was chief information officer of Qantas Loyalty, confirmed in a LinkedIn post he had left the airline.

In addition, Jetstar’s head of cyber security Yvette Lejins started a broader Group role at Qantas this month as the head of ‘cyber business protect’, which covers the Jetstar Group, Qantas Loyalty and Qantas Digital.

There appear to have been other changes within the technology team as well; however, iTnews was unable to verify these, nor establish a full view of the current technology reporting lines, by the time of publication.