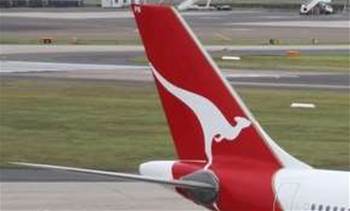 Qantas has credited a 10-month-old, cloud-based project management platform for its ability to deliver some 55 projects and $30 million in savings in the past financial year.

Qantas' project lead Olivia Bakarich was tasked with a tight, 12-week timeframe due to ongoing changes in the airline's financial structure.

Qantas delivered the platform on October 27 with a six-person internal project team and the support of CA staff, Bakarich told a CA customer conference this week.

“We not only had to align to change within the organisation, but change within IT,” she said, referring to Qantas’ transformation program that resulted in a large-scale IT restructure this month.

“That often drives changes in the way that we work, and we really wanted this implementation to support that.”

Bakarich said Qantas had not established a SaaS approval process at the time, and had “very strict guidelines over where they can host their data”.

She said Qantas consumed a US-hosted version of CA’s Clarity On Demand but did not disclose details of its data hosting policy.

iTnews revealed last month that Qantas planned to consume both on-premise and cloud-based versions of Microsoft’s Office 365 suite, with the latter hosted in Singapore.

“We actually needed to combine a very strong team of legal, procurement, IT security and risk people to assess what the offering was,” Bakarich said of the Clarity implementation.

Qantas rolled out the first release of its Clarity platform with a full financial year’s worth of historical data, including 200 live projects, 260 active ideas and 400 "resources", including 160 users.

It deployed a second release in December, which has since grown to be used by 205 people across the Qantas Group, including IT project teams, business leaders and any IBM contractors working as part of the airline’s internal IT division.

Qantas IT financial controller Larry Morrissey said it had yet to use Clarity to track projects undertaken by external IT providers, but could consider extending the platform to do so in future.

"As people may be aware, the aviation industry is slightly competitive," he told the conference, highlighting also a high fuel price, changing Australian economy and tough global economic climate.